Galactic Frontier: The Recent History of the Ventauran Empire

The Ventauran Empire has its roots more than a century ago in the collapse of the Unified Colonies in the year 2375. Both the Ventauran and Khiff homeworlds had both been among the earliest to be subjugated by this totalitarian directorate with the benign-sounding name.

Their economies entirely subordinated to the UC, many Ventauran and Khiff found themselves with few options other than hiring themselves out as mercenaries under the various branches of the UC military, a job at which -- it was was soon discovered -- they excelled at. 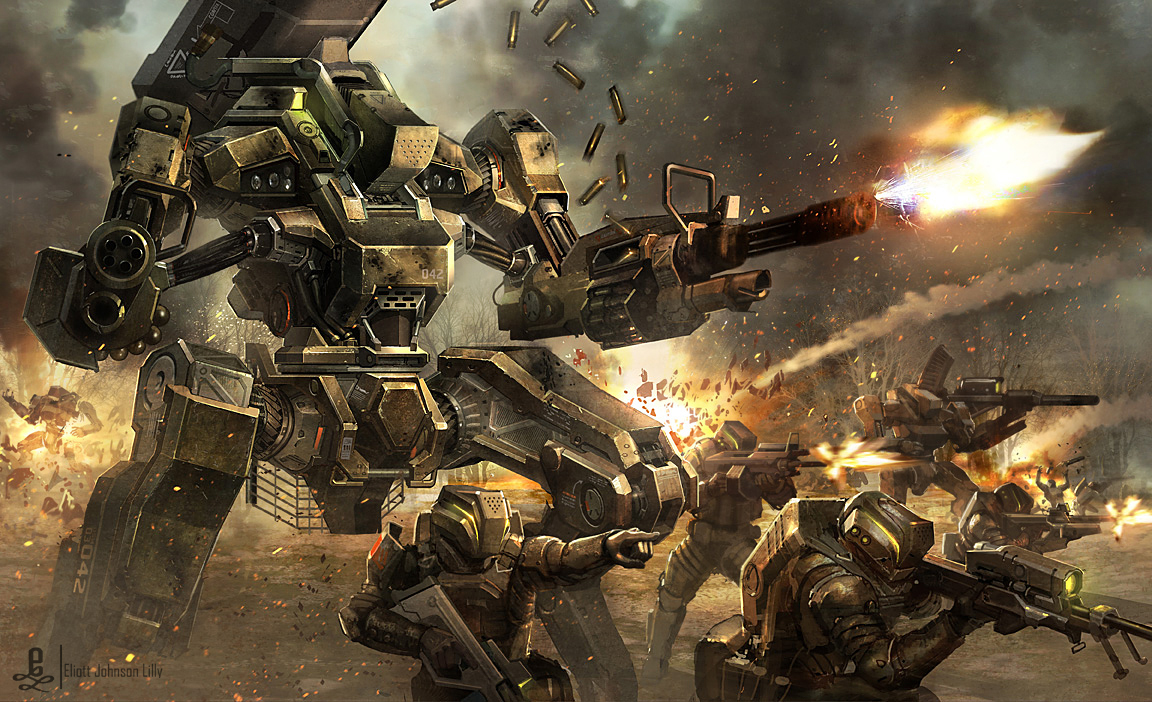 By the 2350s, the UC was a vast collection of worlds held together by a progression of ruthless warlords. The military's vast legions of Ventauran and Khiff mercenaries had maintained the "Iron Unity" that was the cornerstone of UC rule. It was in the 2350s that the UC absorbed its first human colonies, and for the next decade it would continue to slowly expand its footprint into the furthest regions of human-explored space on the Galactic Frontier region.

In 2362, the UC took aim at the Melk system, with its trio of habitable worlds Melk-1, Melk-2 and Melk-3. Though today these planets orbiting the star Melchizedek are part of well-traveled space on the Galactic Frontier, their position in 2362 left them at the very fringes of human expansion. Settled only 40 years earlier by fiercely independent humans who had ventured far beyond the reach of Terran authority, the Melk system appeared to be easy prey for the nercenary legions of the Unified Colonies. Melk-2 fell in 2362, and despite fierce resistance, Melk-1 was overrun in 2364.

Melk-3 was a different story, as the UC juggernaut was finally slowing down and growing weaker from nearly a century of aggressive expansion throughout the Frontier. The human settlers on Melk-3 couldn't have known this, though, as they prepared their defensive lines for the coming onslaught.

In the middle of the Melk harvesting cycle in the Terran year 2365, the Unified Colonies' forces landed on the planet in the face of minimal resistance. The green-armored Ventauran mercenary troops swept through village after village with little effort before arriving at St. Martin's Parish two weeks after making landfall. It was in the small transit center of St. Martin's Parish that the citizens of Melk-3 made their stand. Unbeknownst to the Unified Colonies, the Melk settlers had won a powerful ally to their side and now boasted armored vehicles, mech and mercenaries in their defensive lines. Shadowy envoys of the mysterious +++redacted+++ race provided the financial backing to keep such a force viable. Massive fighting machines battled alongside the second brigade of the mercenary 2nd Jovian Lancers. The expeditionary elements of Ventauran and Khiff met their strongest resistance yet and were soundly defeated.

In most circumstances it would have been a small matter for the Unified Colonies directorate to order the Ventaurans to regroup and destroy the resistance, but a larger game was being played. Across the UC, disparate resistance groups had been united with external enemies of the despotic rulers. Supply lines were disrupted, entire planetary systems began to assert their own authority, and Iron Unity began to crumble at its foundation.

The Ventauran legions found themselves virtually stranded a backwater planet, part of a forgotten war that the Unified Colonies had no intention of supporting. And so began the slow rollback of the UC's grip on the Melk planets and the path to dissolution of the UC.

In eight months, the Ventaurans were nearly dislodged from Melk-3, though a series of parting raids in early 2366 against the spiritual heart of the reistance, St. Martin's Parish, reminded the settlers that the Ventaurans were still a force to be reckoned with. By 2368 the Melchizedek system was once again completely independent -- just one in dozens of similar liberations taking place across the Unified Colonies.

On June 14, 2375, Ventauran and Khiff forces simultaneously broke off fighting on each of the several dozen worlds where they were engaged. Turning 300 years of experience against their masters, the Ventauran and Kiff forces drove like a spear into the heart of the empire, capturing Unified Colonies war material and spacecraft as they went. In three short months the Unified Colonies collapsed, their demise hastened by the professionally trained killers they had subjugated so ruthlessly over the centuries.

The Ventauran leadership laid claim to the former capital of Nakati Prime and the 32 worlds at the heart of the Nakati system, which contained the Colonies' earliest conquests including the Ventauran and Khiff home worlds.

The Ventauran council simultaneously renounced their former masters and decreed a near absolute embargo on all non-Ventauran transit into the six Ventauran core home worlds.

And so the Ventauran Empire was born. Except for voluntary inclusion of some inward planets who sought out Ventauran protection, expansion has been slow and mostly outward into the Galactic Frontier.

However, the Ventaurans and their Khiff mercenaries have been notably fanatical -- some would say homicidal -- in their suppression of revolt and in application of military force against any faction that would attempt to carve away at the edges of Ventauran space. That zeal has continued to the present day (Year 2455).