In Praise of Warhammer 40,000 and Games Workshop

And now, for something completely different...

A recent topic on Dakka Dakka encouraged members to defy the current negativity about Games Workshop and Warhammer 40,000 and share what's good about it.

This got me thinking. I'm someone who deliberately chose not to continue playing 40k with the advent of 7th edition, as I just couldn't see shelling out another $180 ($80 rulebook and two new $50 army books) to keep my hand in a game I don't really play anymore.

However, I have many fond memories of 40k. It was my first and only wargame for many years, and I would likely not be a wargamer today if not for it's early influence. I know for a fact that several other folks in my game club found their way to wargaming through a similar path blazed by 40k. 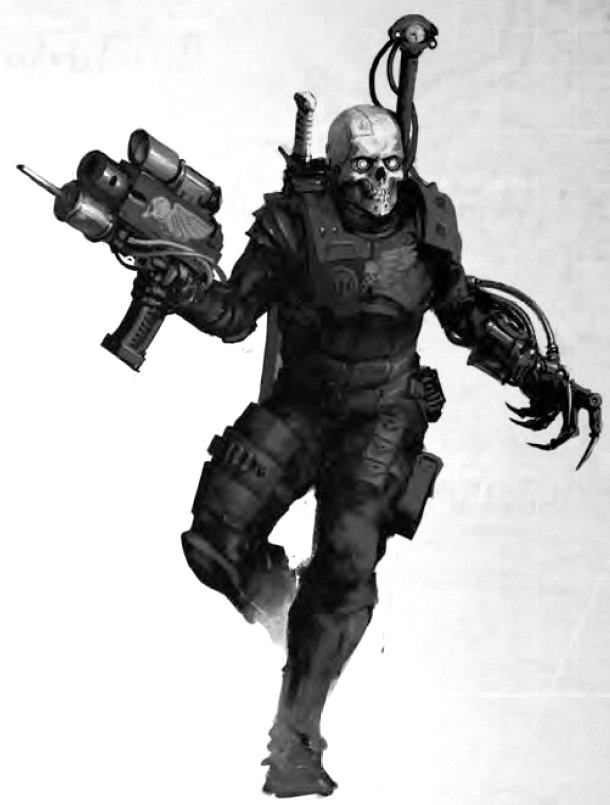 So, what are the good points of 40k? Does the "Games Workshop Hobby" have anything to recommend it? From the point of view of someone who has ditched 40k, I'd like to remind us of five broad ways in which 40k and Games Workshop are actually quite good.

1. The Universe
The background of the Warhammer 40,000 universe is very wide -- but not very deep. It is repeatedly presented in rulebooks and supplements as being to broad to even hope to describe. In various timelines, entire centuries of the 40k timeline are described with simple phrases or one-line notations. This vagueness and lack of definition is seen by some to be a bad thing, but it's actually one of the ways that 40k keeps being such a fun sandbox in which folks can do their own thing.

By contrast, the Battletech universe (my personal favorite gaming universe) is much more thoroughly and richly developed, with more detail and consistency, and a historical timeline that progresses. However, this richness leaves much less room for creating one's on niche. Technology and factions are fairly nailed down, aliens aren't part of the equation, and the borders of that universe are pretty well circumscribed.

The boundaries 40k universe, however, are much less defined, and there's room for the creative player to incorporate just about anything. A look at 40k fiction demonstrates this. The universe is so vast that it encompasses the gritty Gaunts Ghosts, the slapstick parody of Caiaphas Cain, and the latest offering of Space Marine bolter-porn.

2. The Models
It has never been true -- as the company so often states -- that Games Workshop is definitively "the best" maker of model soldiers. However, they have always been near the top. Like any company, they have some stinkers, and their style is definitely not to everyone's taste. However, it's hard to deny that they put out a lot of great models with a regularity that's hard to beat. 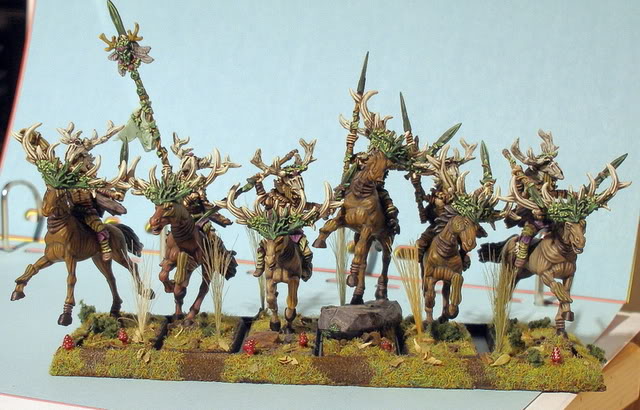 Just last week, Josh showed us a kit of wood elves on stags, which I had to admit were really gorgeous models! Also, their multipart kits offer more variety and customizability that almost any other product out there (with a notable few exceptions, none of which are made by companies that come anywhere near GW's output).

3. The Production Values
The presentation of Games Workshop products and printed materials has always been very slick and extremely pretty. Say what you will about White Dwarf magazine, but it has always one of the best looking hobby magazines you could have by the toilet. Those same production values have been present in GW gaming books, box art and promotional materials going back many years.

Folks will argue style versus substance, but there is something really nice about a really good-looking wargames book. GW has dominated in this field for years, and it's only in the last decade that other gaming companies have truly started to catch up. Starting with Privateer Press and continuing on into products like Tomorrow's War and Kings of War, we can finally say that rule publishers have realized that gamers appreciate superlative production values.

4. Long-Term Value
Games Workshop miniatures have a value that extends beyond the original purchase in a way that exceeds most other wargames miniatures. This makes it financially easier for GW players to switch armies -- they simply sell off their existing army at 30% or 40% of its original retail value and then re-invest in another force.

This innate value has created an enormous, thriving second-hand market where it is not difficult for the thrifty newbie to enter a GW game for a decent discount. To be clear, that lower price is often still more expensive than other games. However, it is still a good discount, and the decades-long history of GW means that older versions of models are often available at an even lower price point. I have funded quite a bit of my own gaming hobby by buying and reselling used GW miniatures over the years.

5. Ubiquity
This last facet is perhaps the most important. Games Workshop is still -- in many areas -- the "only game in town" insofar as miniatures wargaming is concerned. That means that each overpriced model kit has an extra surprise packaged inside: a built-in community of gamers. That's a feature that should not be underestimated. I have to admit that if I didn't have access to the great group of indie gamers, I'd probably still be shelling out GW bucks. As much as it would hurt my wallet, I know that it'd be easy to find someone to play against. For those for whom the experience of playing games with other people is a vital part of wargaming, the ubiquity and built-in community of Games Workshop games is a very tangible benefit and likely one worth paying for.

So there you have it, the 40k recipe has a lot going for it. It's not my favorite flavor anymore, but theres more than enough quality ingredients for me to completely understand why many do partake. As for why I'm not ordering from the GW menu anymore, just take a look at the mouthwatering buffet that is the rest of this this blog.

So what do you love about Games Workshop or 40k? Let me know in the comments below!

2 responses to “In Praise of Warhammer 40,000 and Games Workshop”