I'm back with the latest installment in my "Terrain Triptych" series, where I kitbash urban terrain using toys found at resale shops. Click here to read the first post, about a multi-level construction site. Here I'll show you how I took this Hot Wheels car launcher and transformed it into a power station. 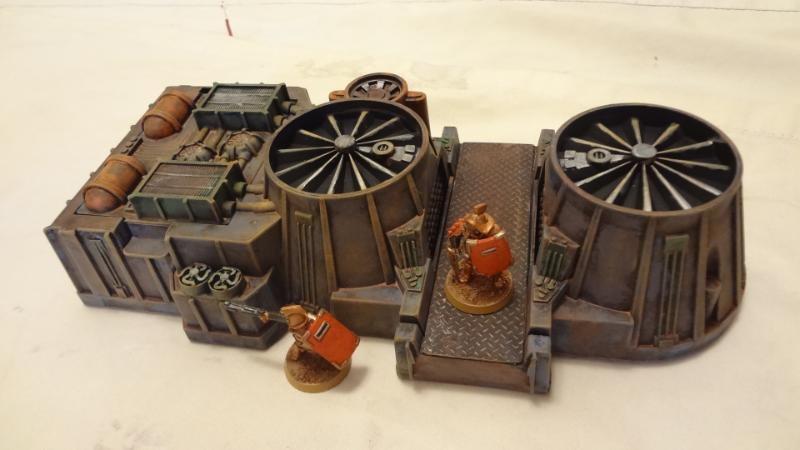 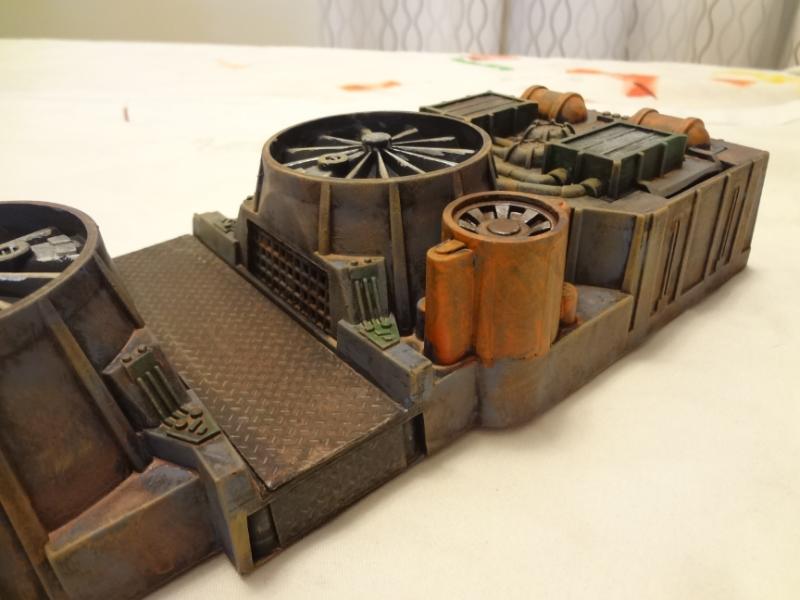 Though not terribly tall, it's a great line of sight blocker for infantry and small vehicles and is short enough to fit under the other two large buildings you'll read about in the Terrain Triptych series. 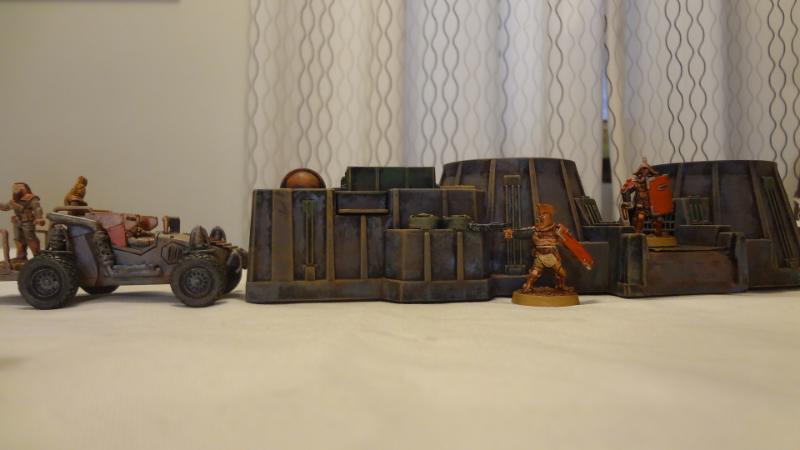 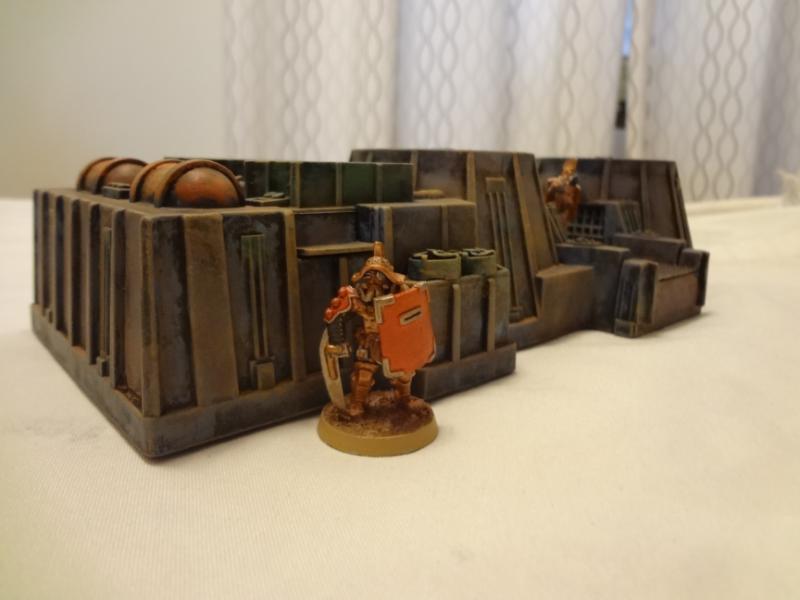 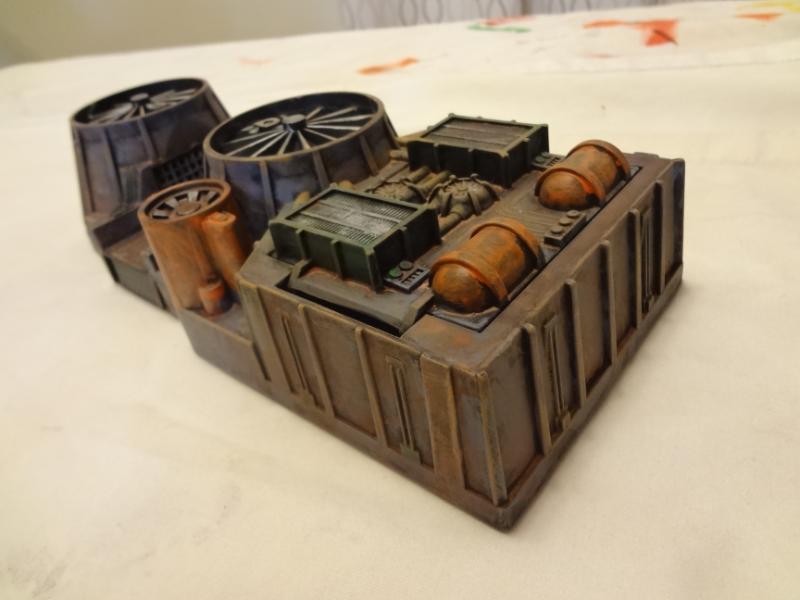 Where would science fiction be without giant fans? 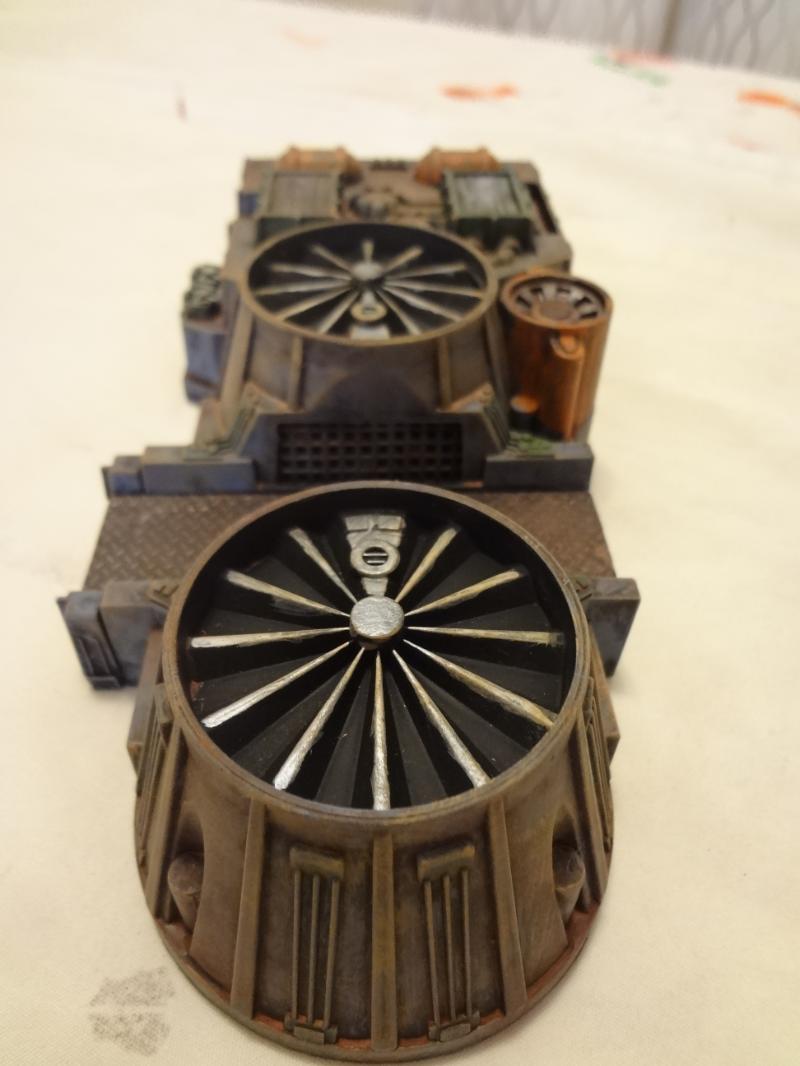 Along with the power station, I also had a lot of fun with a toy construction set I found at Target. It's called "Power City Construction Extension Pack," and I used pieces from the set to create I-beam bits to use as scatter terrain. 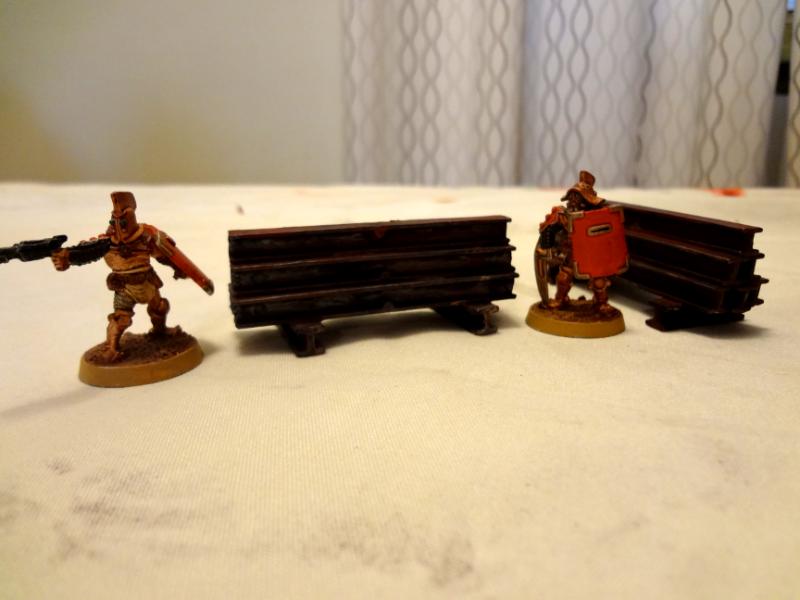 Turns out it's the old Kenner Girder and Panel system from the 1950s, which is still in production, but is also licensed to the "Power City" line of toys. It's made of polypropylene, so you've got to use Krylon Fusion spray paints, but it's a great set for wargaming even at the full price of $8 (I paid about a third of that).

Here's the contents of the pack and how it compares in size to a 28mm miniature. 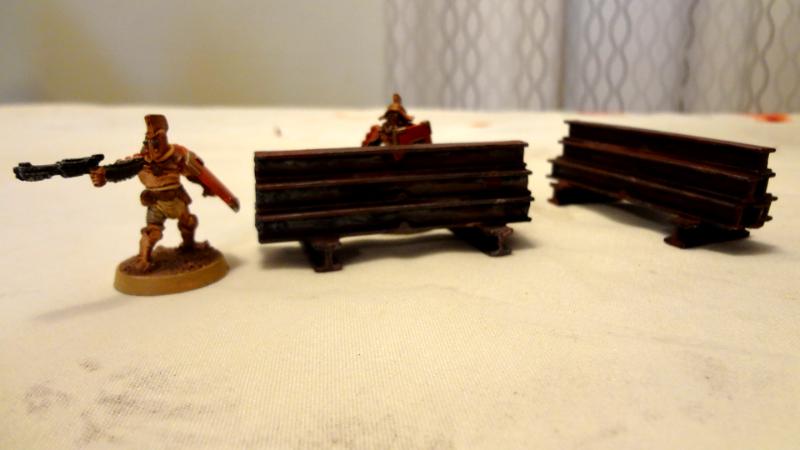 One box could make about a dozen of these and I've got half a dozen boxes, so expect to see more I-beams in future projects.

I hope you like these terrain pieces made from toy kits and resale shop finds. The piece de resistance is coming up in the third installment!