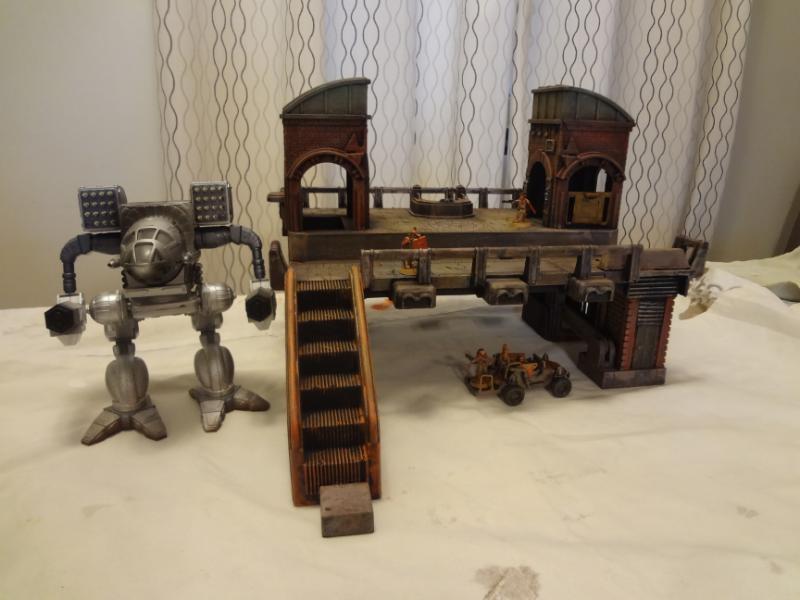 Elevated train stations are a common sight here in Chicago, so I'm extra happy to add this terrain piece to my collection. As with the other items in the Terrain Triptych series, this one started life as a toy playset.

The original toy is a Fisher Price Geo-Trax Train Station. It's an outstanding example of a toy that has loads of built-in detail and texture, which saves the builder lots of time and effort. I simply don't have the ability or time to scratch build something like this, and I certainly couldn't afford to purchase a model kit of this size very often. 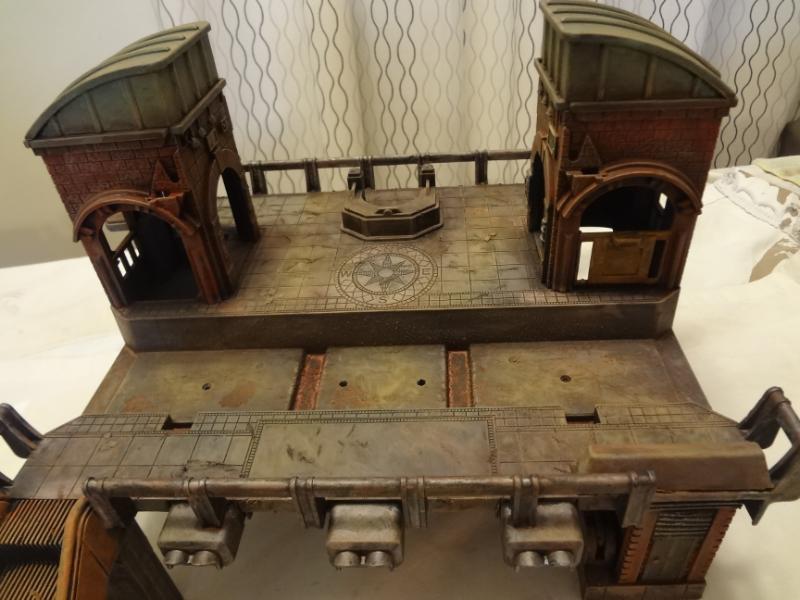 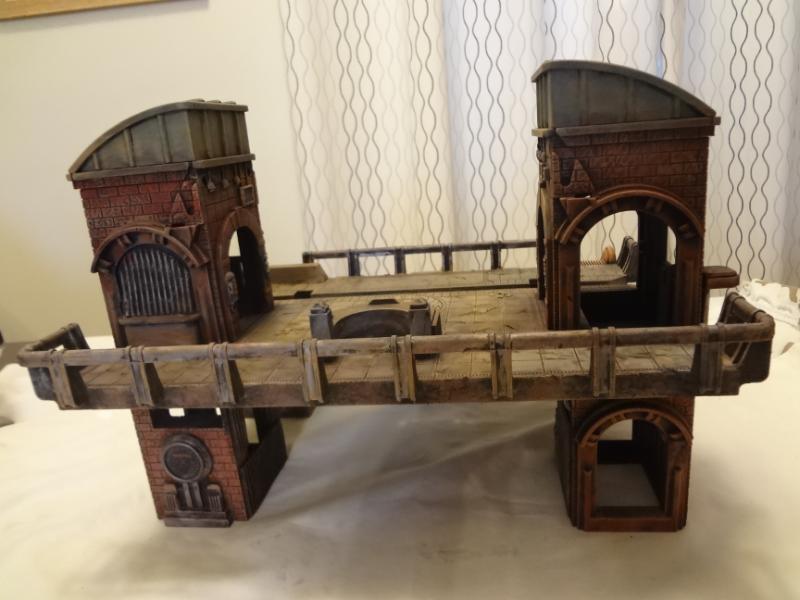 Though I had to Dremel away some detail panels, including a candy and flower shop, there's still a lot of neat detail that is easy to pick out. 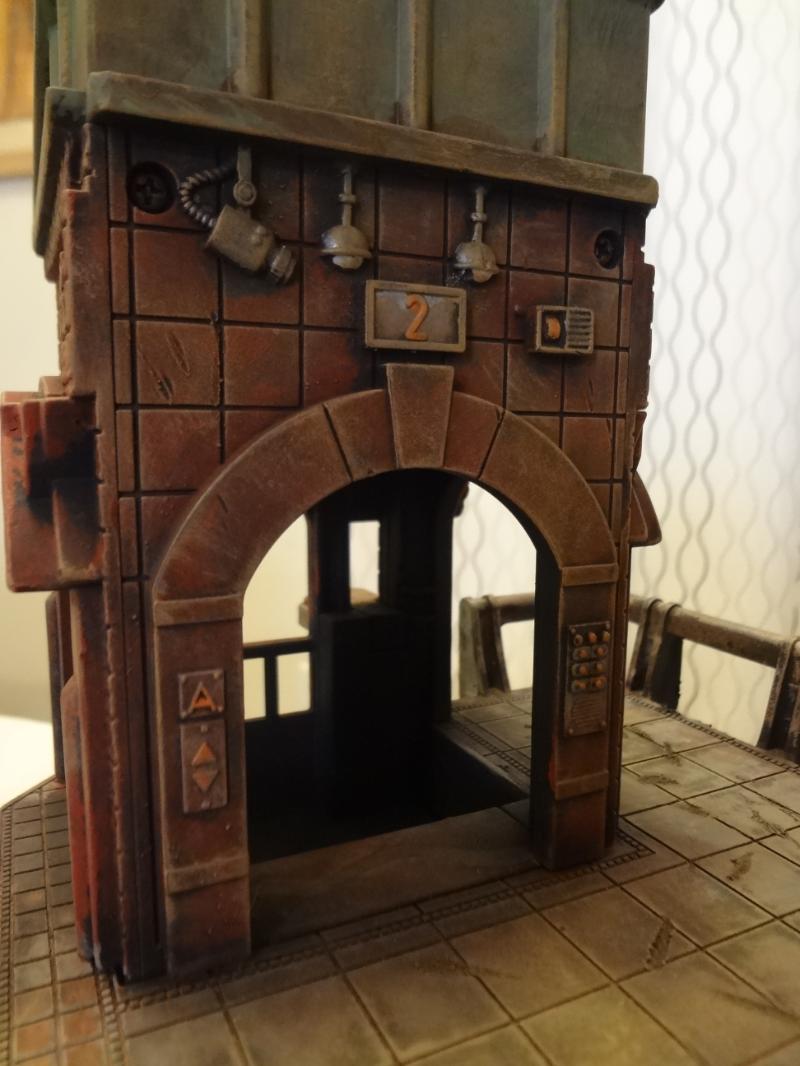 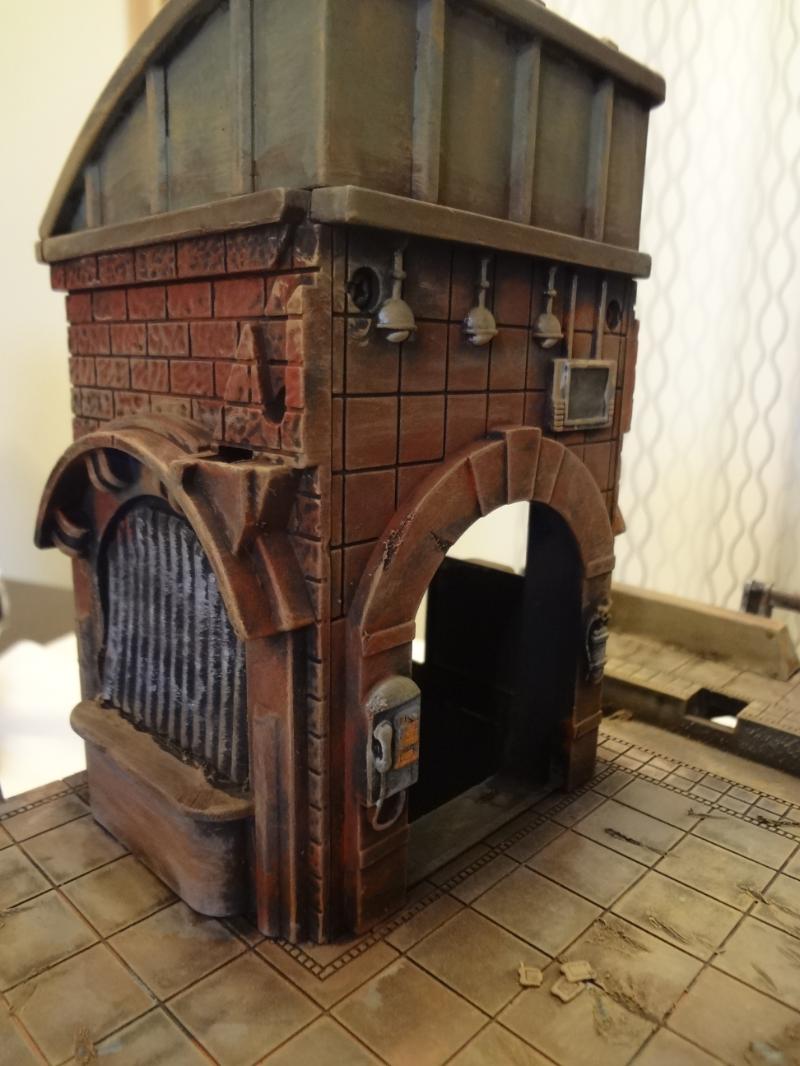 Even the pavement has some great details. That lowered track trench is wide enough to accommodate an O-scale train. (Can you guess what my next terrain project is?) 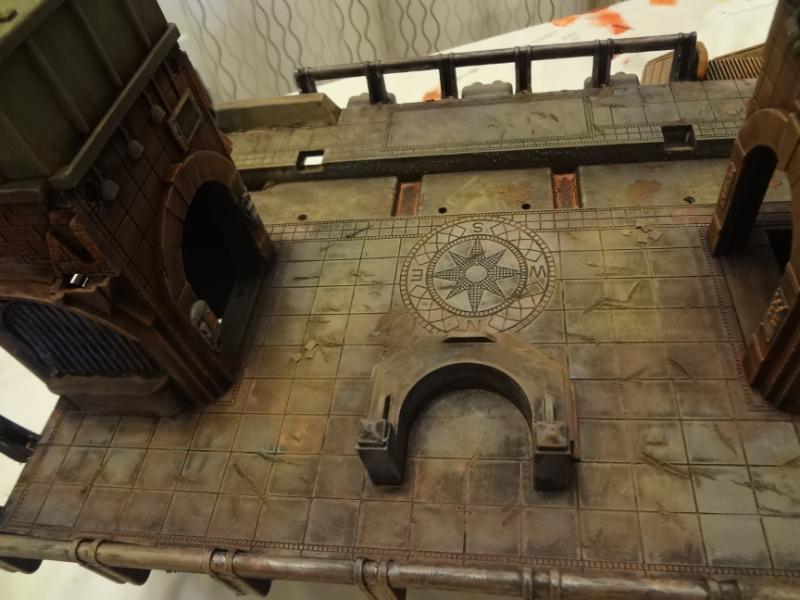 The towers had some great worn brick texture that practically painted itself. 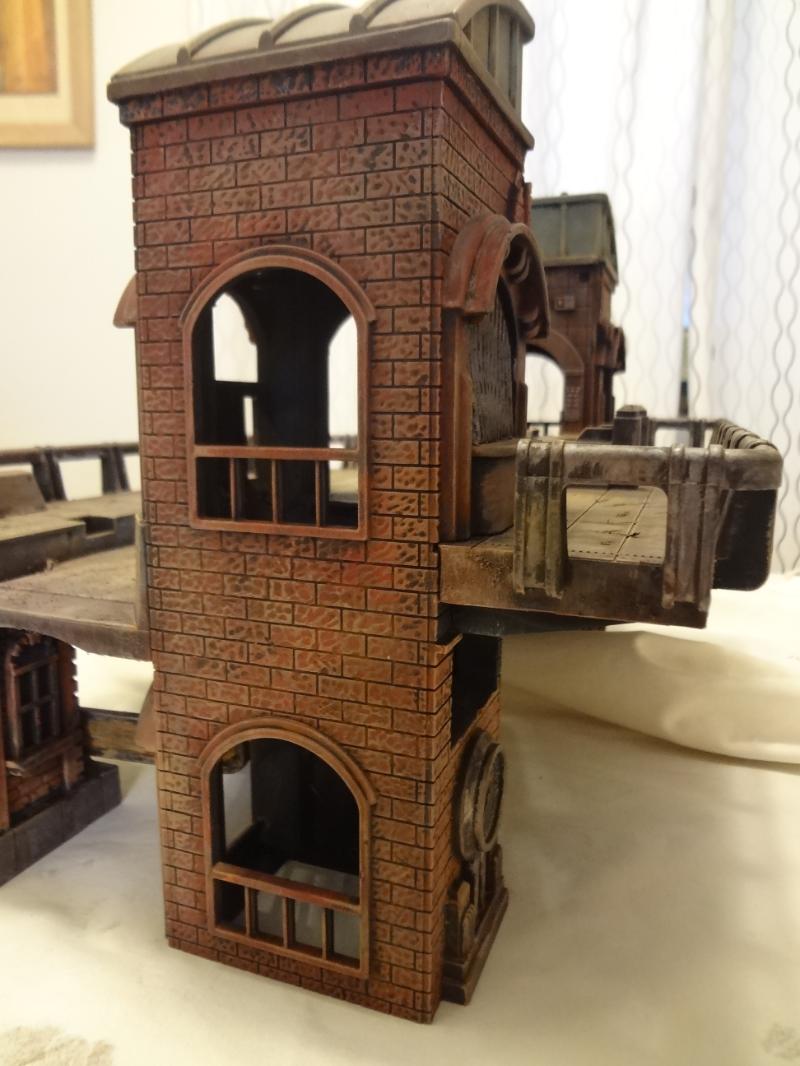 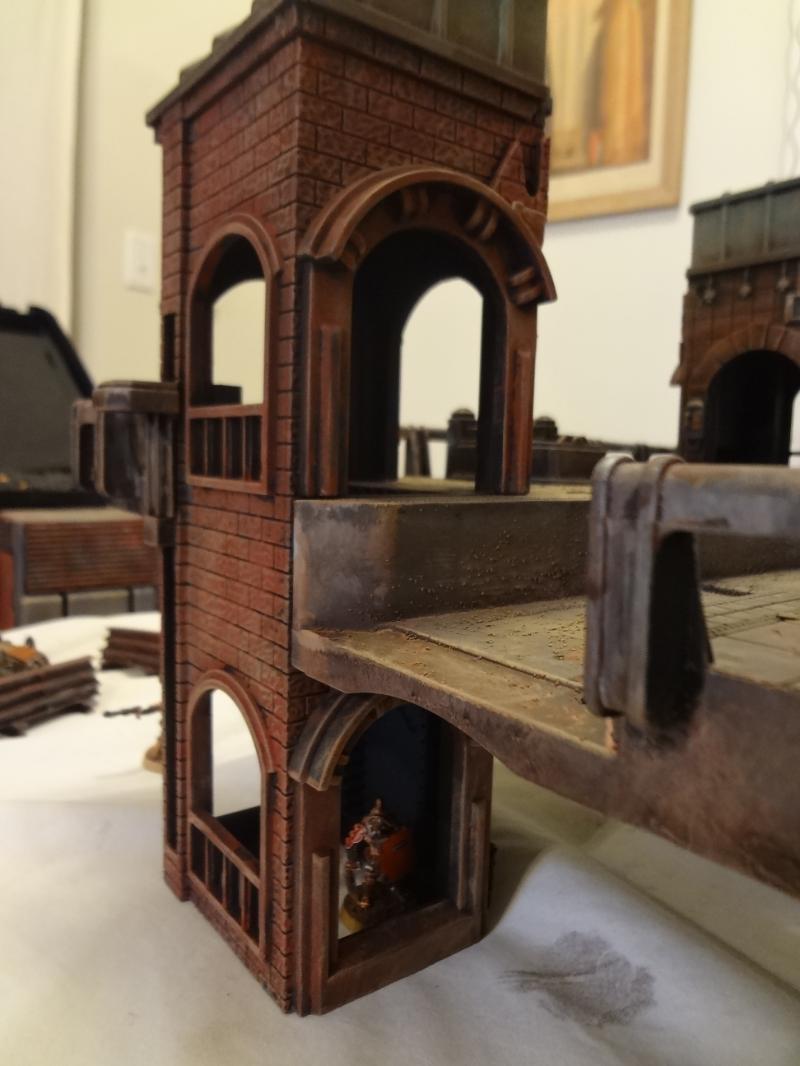 The first tower has an elevator, which I've glued it in place, just low enough to provide cover. 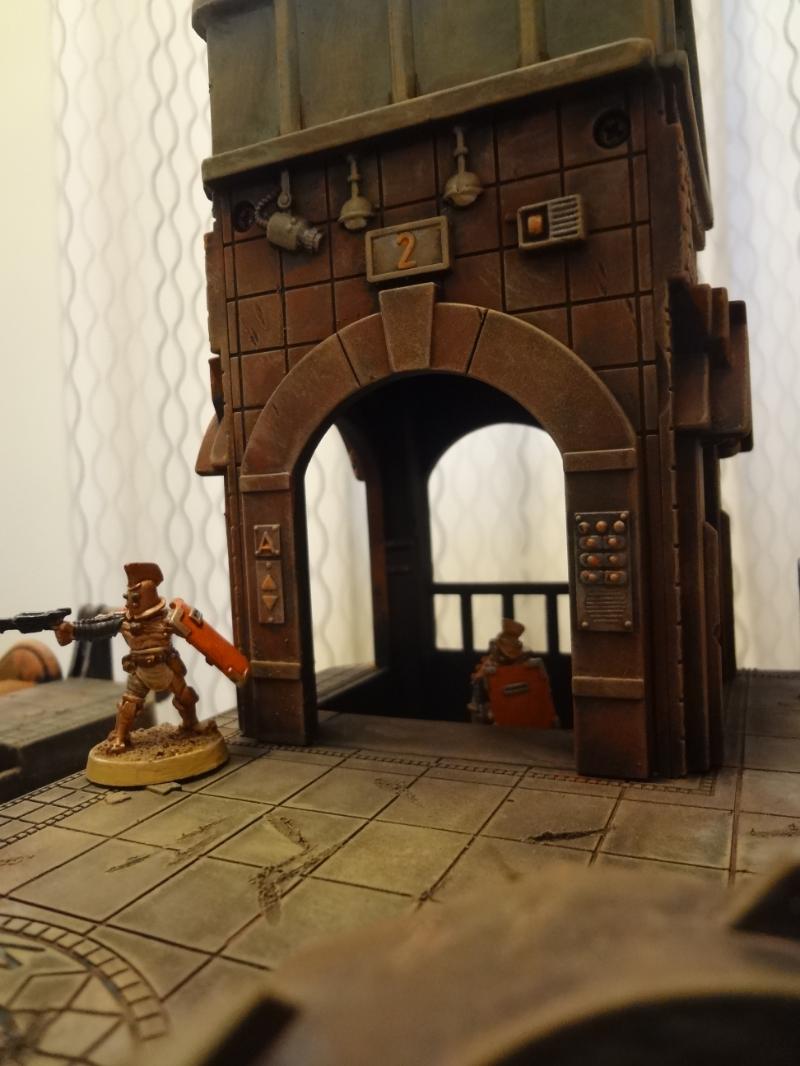 The second tower has an empty shaft, and at some point I'll build a removable floor for it. I probably should have just glued one in -- oops.

There's a fair amount happening under the station as well. 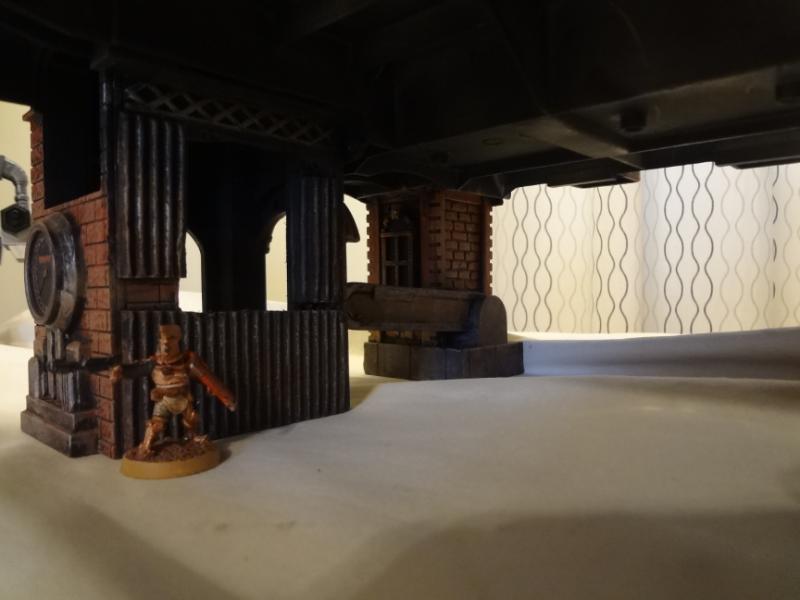 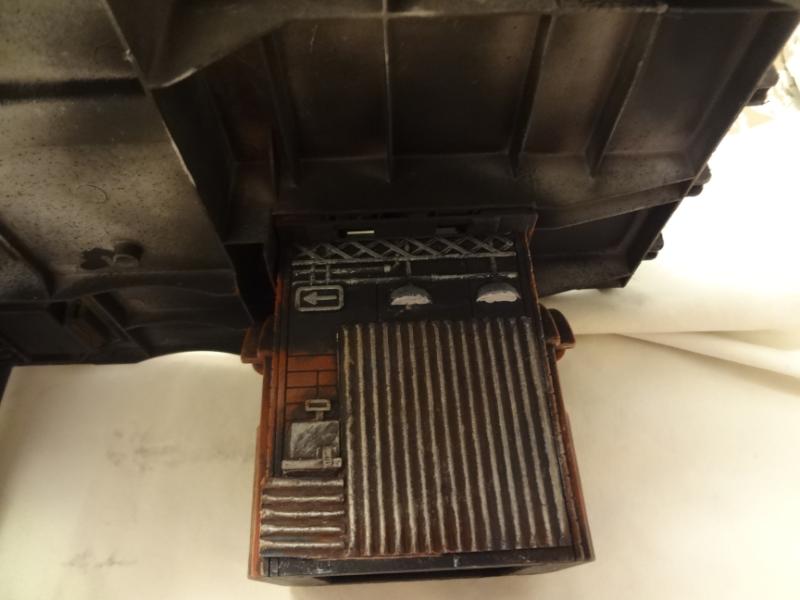 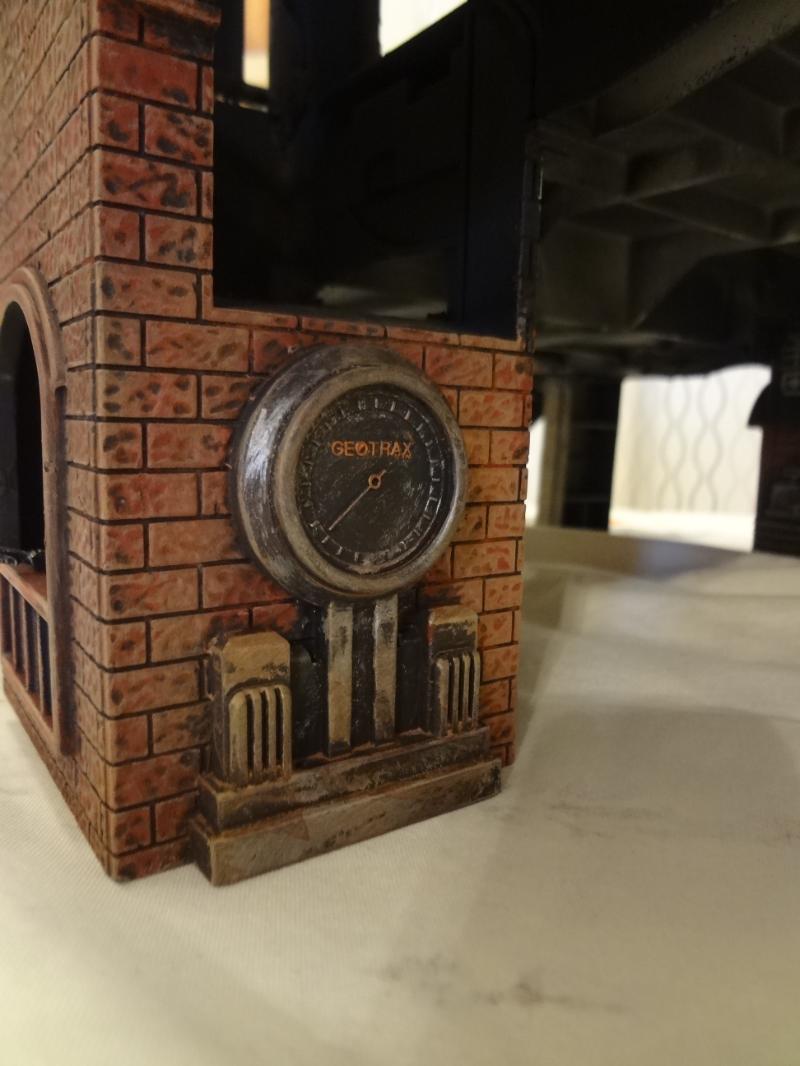 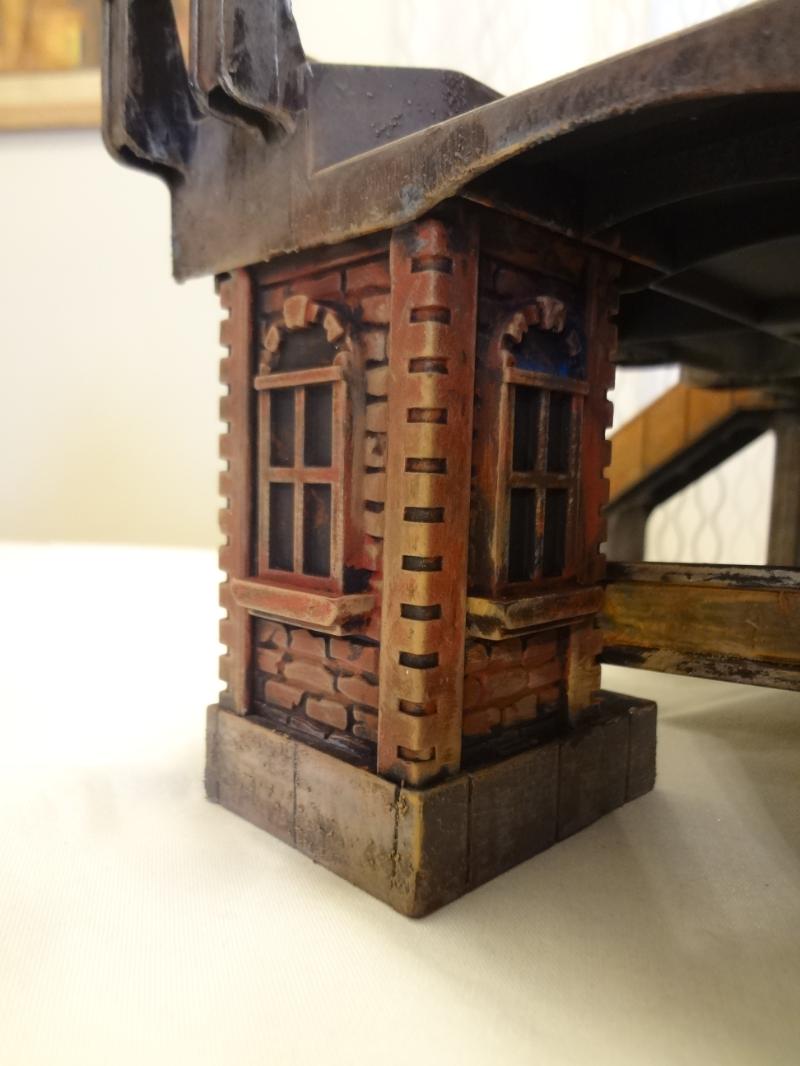 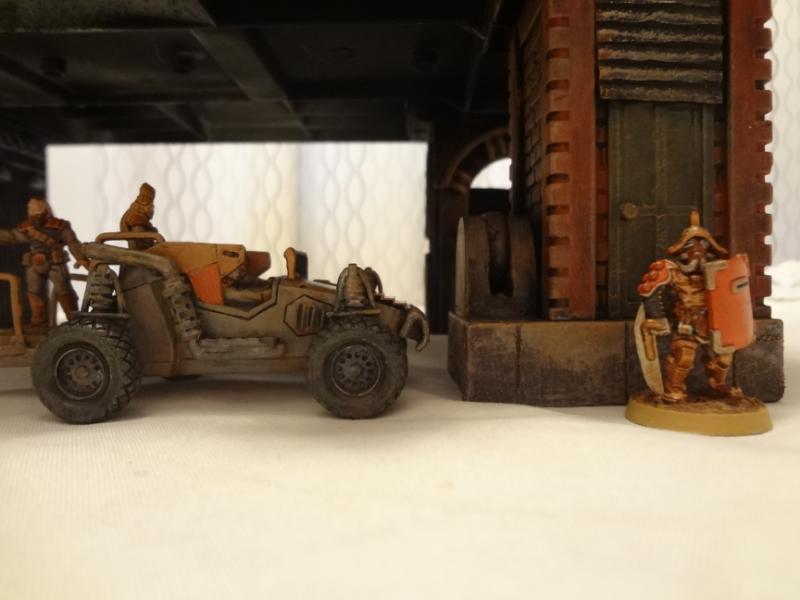 The stairs are a bit big, and I'm still not happy with the piece I used for the missing bottom step, but that's not so bad since they are deep enough to support a miniature on a base! It's not often you see a functional staircase that can both provide cover and allow miniatures to safely perch on each step. 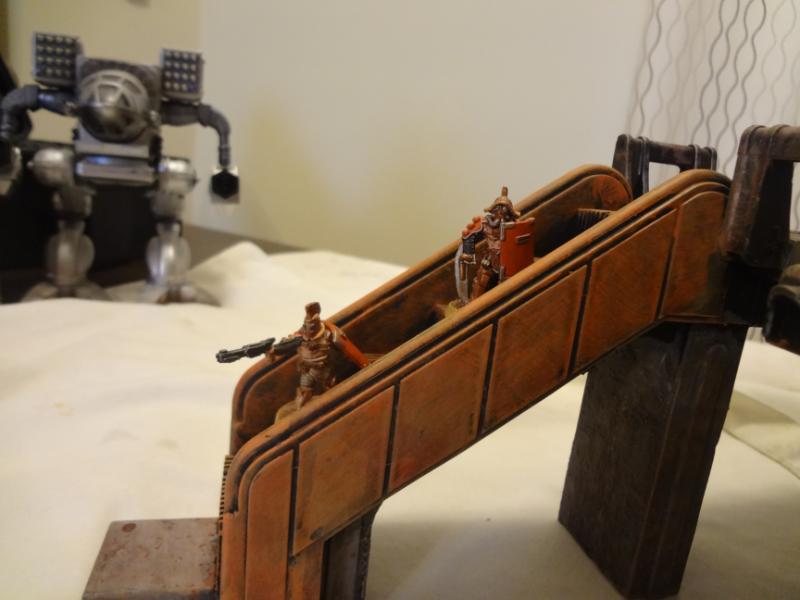 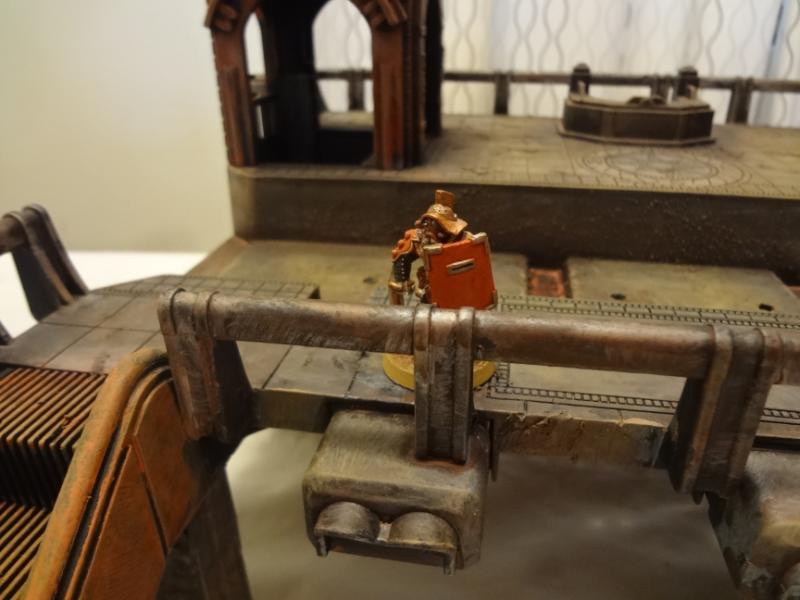 So that's it! Here are all of the items from the Terrain Triptych series together in one shot. Can you believe these started life as cast-off toys scavenged from resale shops? 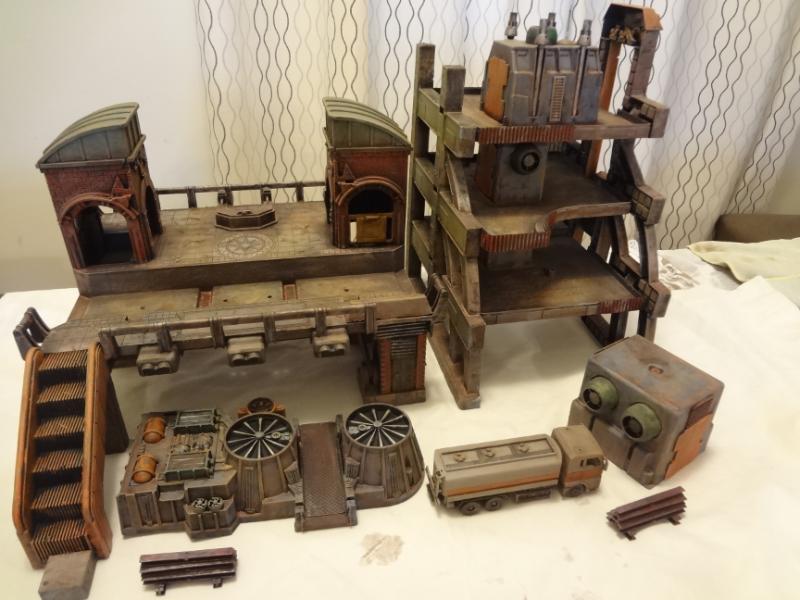 These will be some of the flagship pieces of my Urban Industrial Corridor terrain set, designed for near-future post-apocalyptic and sci-fi gaming in an urban environment that is aged, dirty and perhaps abandoned, but not bombed out or ruined.

Coming soon: a small chemical installation and post-apoc vehicle for Pat, a classic Necromunda gang that I've been wanting to paint up for quite some time. Then I'll be building some companion pieces for the Elevated Train Station. Stay tuned, we're on a roll!