The Kings of War arms race continues! After our game in November, several club members have been busily bulking up their Kings of War armies with new acquisitions. My latest find came via eBay: the "Lords of Madness Trebuchet" from the prepainted D&D Miniatures product line.

I was very impressed by the prepainted Mage Knight artillery that Pat has been fielding in his undead army, so when this item was mentioned on Dakka Dakka, I hunted it down so that my Kings of War chaos army wouldn't lack artillery on the battlefield. 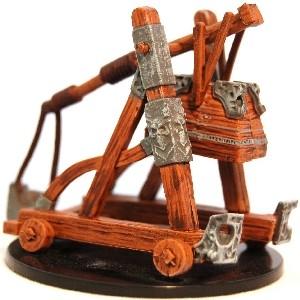 At $6-10 each on ebay, it's currently the least expensive trebuchet available to the 25/28mm wargamer. It's not for everyone and it has some styling that is not historical, but it would work well for virtually any fantasy army. The only change you might want to consider is to cover up the screaming face motifs for non-evil forces.

As seen in the picture below, it's got some rough edges and flash. I could have cleaned those up and repainted the model, but I wanted to go for a a fast-finish, tabletop-quality operation. Here's what I came up with. 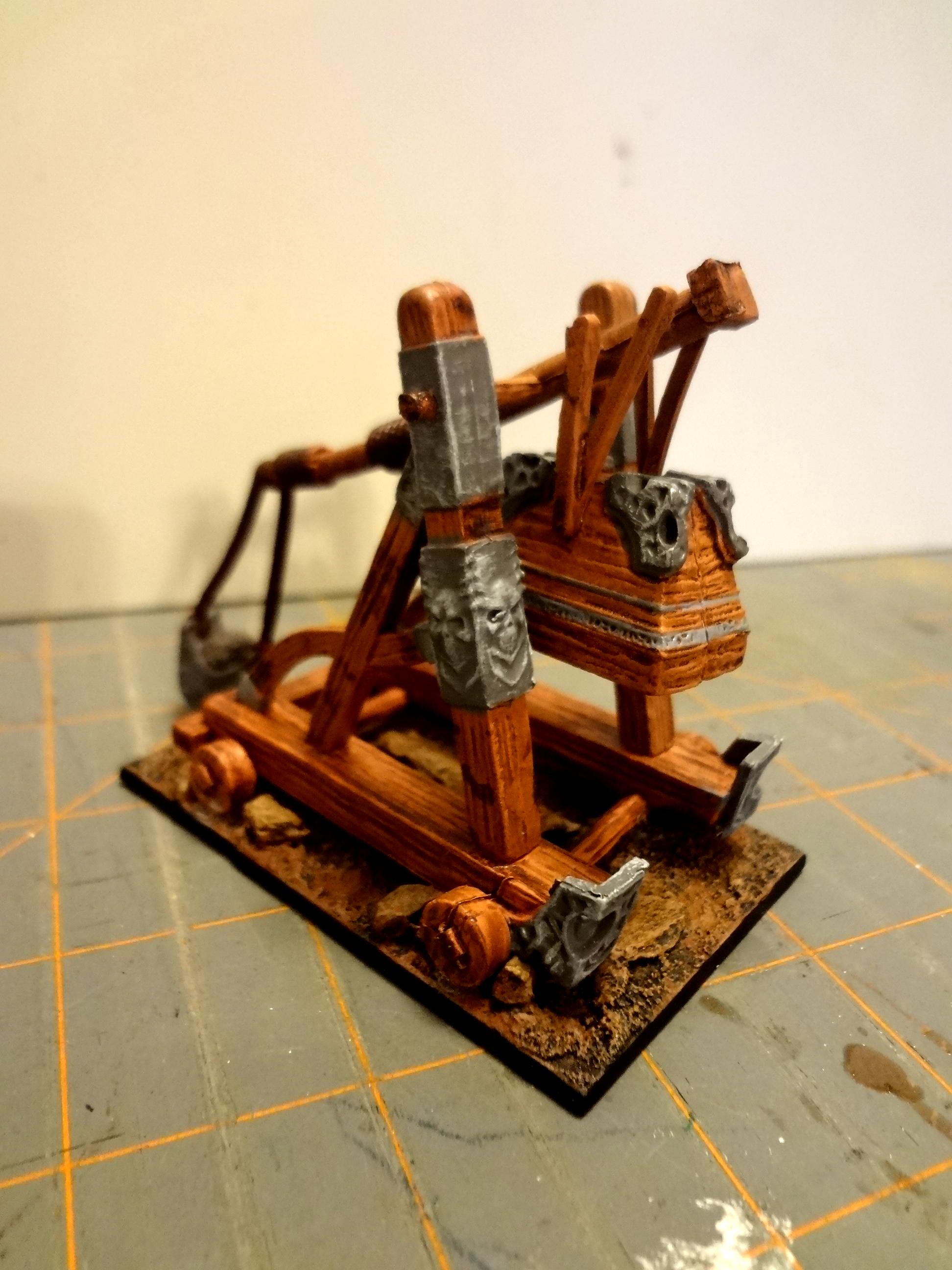 It's a little small, to be honest, but a full-size trebuchet is an enormous war engine, and not something well suited to a game requiring maneuvering. The figure in the picture is a Warhammer Battlemasters Chaos Warrior. He's 28mm to the eye and very heroic in proportion. 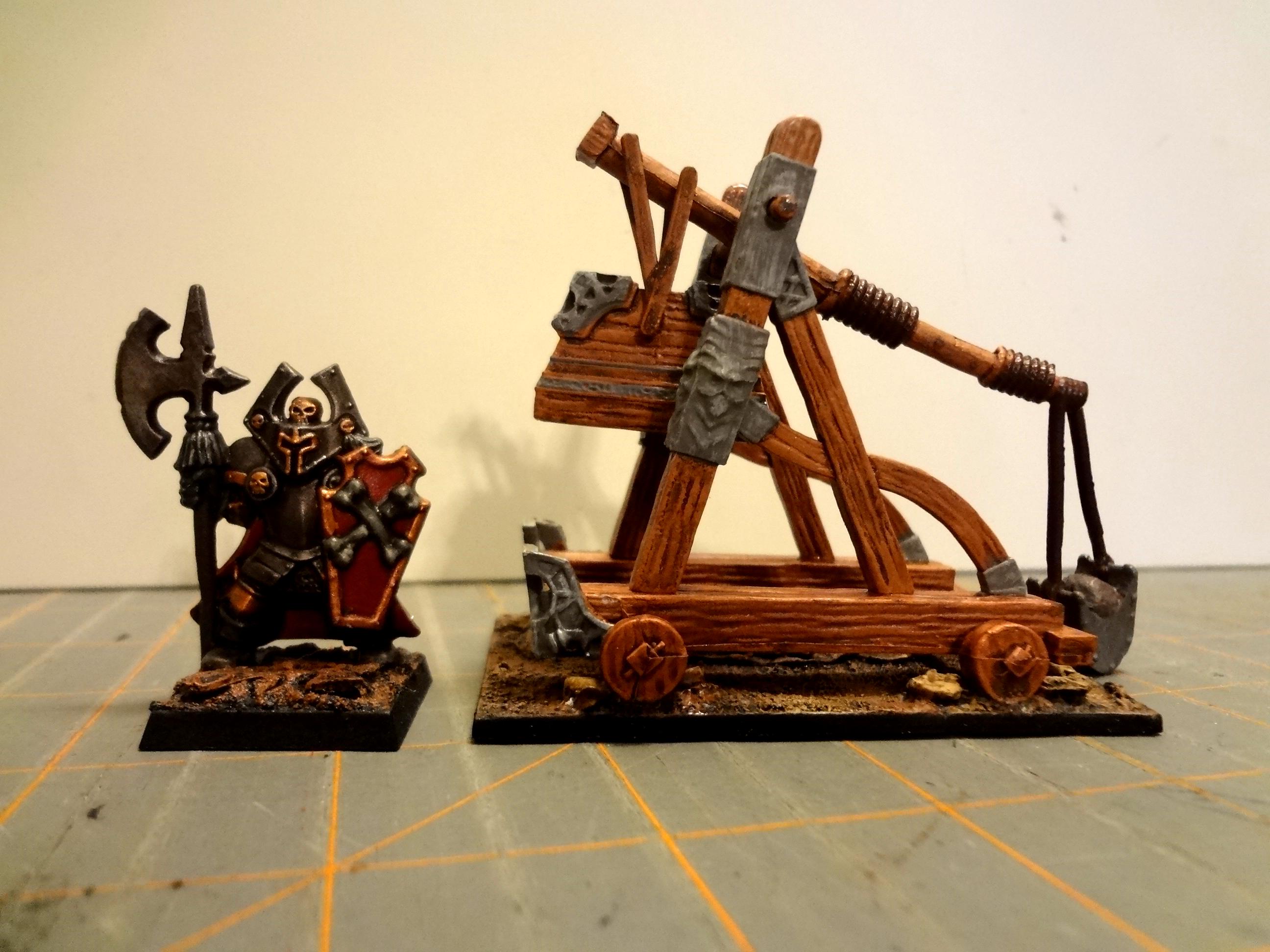 Kings of War allows for unbased war machines, but you can also base them on 50x50mm or 50x100mm bases. These are based on 70x50mm bases and they look perfectly useable on the tabletop battlerfield.

To avoid covering up the tiny wheels, I skipped my usual basing material of concrete patch and instead based with sand, rocks and bark glued down with water-thin superglue. I wanted it to be obvious that the rocks were placed around the wheels for stabilization. 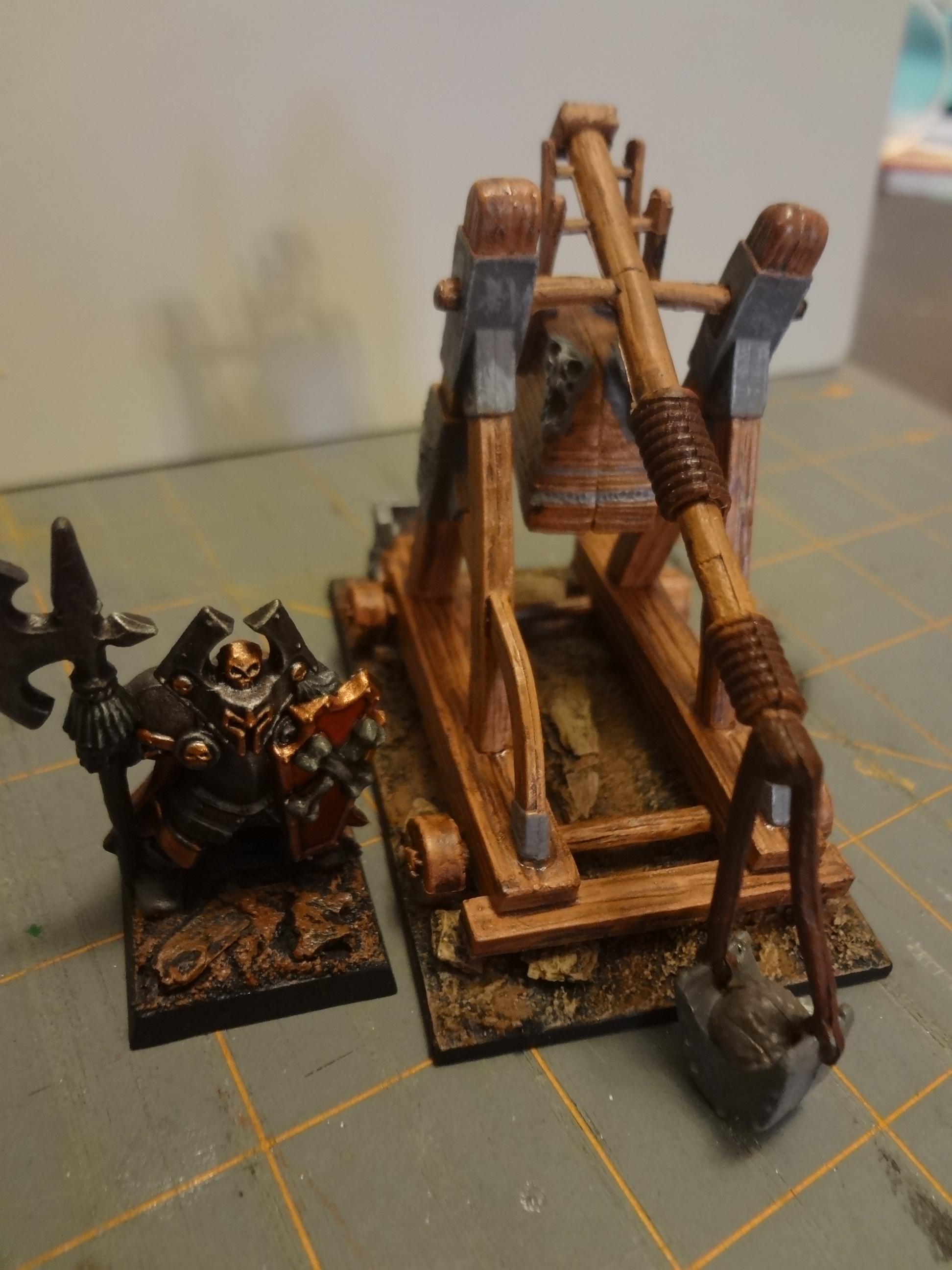 I've begun to use thin superglue a lot recently. It's not as cheap as PVA and can get messy fast if it flows the wrong way, but you can glue down your basing material almost instantly and start painting with almost no dry time in between.

Did I mention that I bought three of these trebuchets?

Bottom line, this is a great, affordable war engine option for fantasy wargaming. You can buy a whole unit of these for less than the price of one metal model. It might even work for smaller scales, though the timbers would be quite stout. Being made of vinyl, it will never be quite as crisply detailed as metal, plastic or resin, but if you're looking for a sturdy tabletop-quality model, this is highly recommended.

3 responses to “More Reinforcements: Trebuchets for Kings of War”