The club is putting on its first-ever game at Adepticon next weekend, and so last week we got together to playtest the scenario we'll be running there. The setup is similar to last year's scenario: a raid where the attackers are aiming to destroy certain buildings in a built-up urban environment. 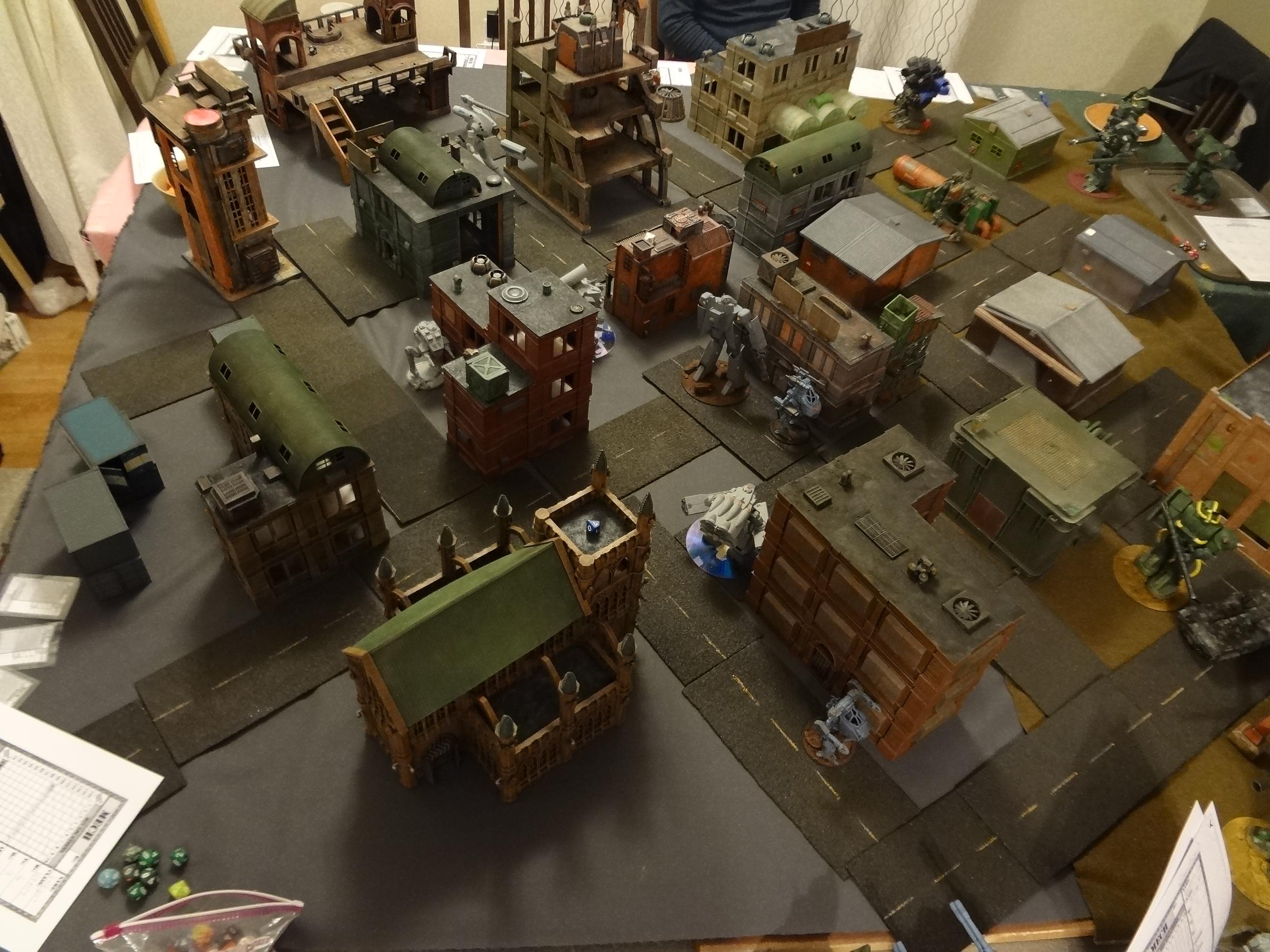 The rest of the details will be a surprise for the actual players at the game. If you like what you see below, join us at 10 a.m. Saturday at Adepticon. We still have some spots available! 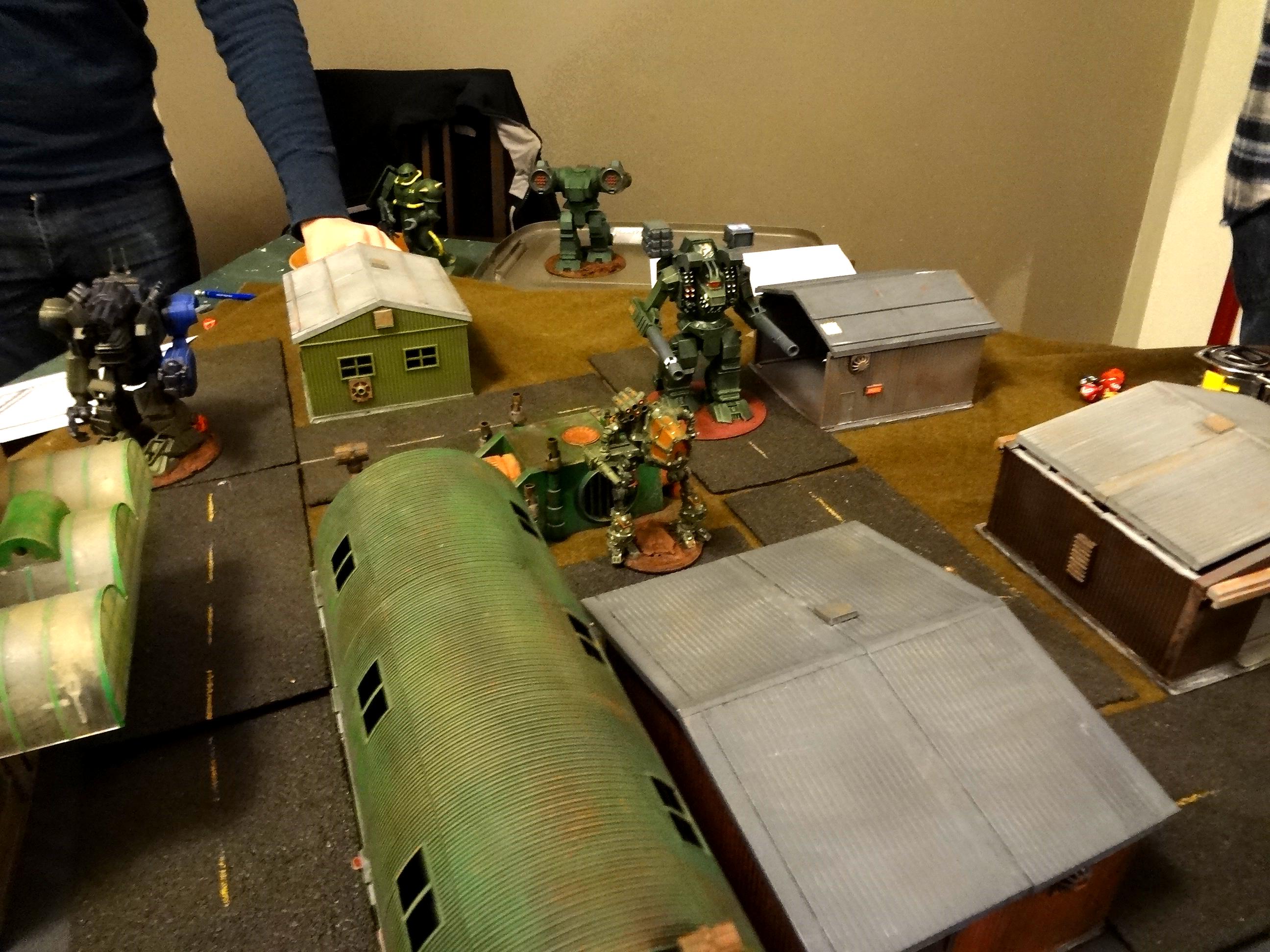 For those unfamiliar with our convention Mech Attack games, it's mostly a matter of scaling up. Usually at the club we play with 10mm scale rebased MechWarrior clix units, but for the conventions we double the ranges and use 28mm scale mechs ranging from 4 to 8 inches tall! 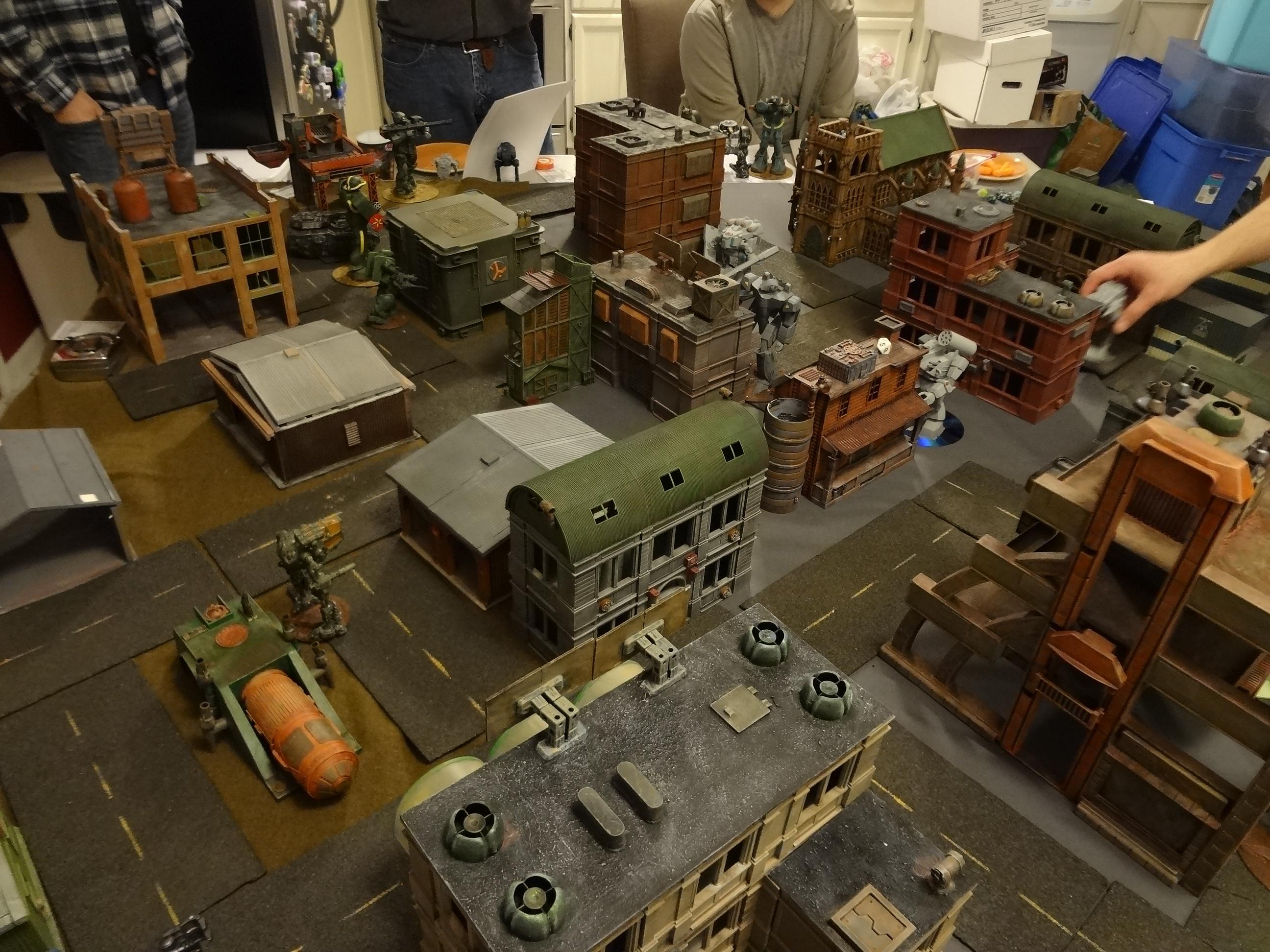 Also, we've moved from desert to an urban theme, though I still have to drybrush the grey fabric "concrete" mat. I'll also be putting out alot of scatter terrain that will mostly have no effect on the game but will make some of the open areas look a bit less bare. 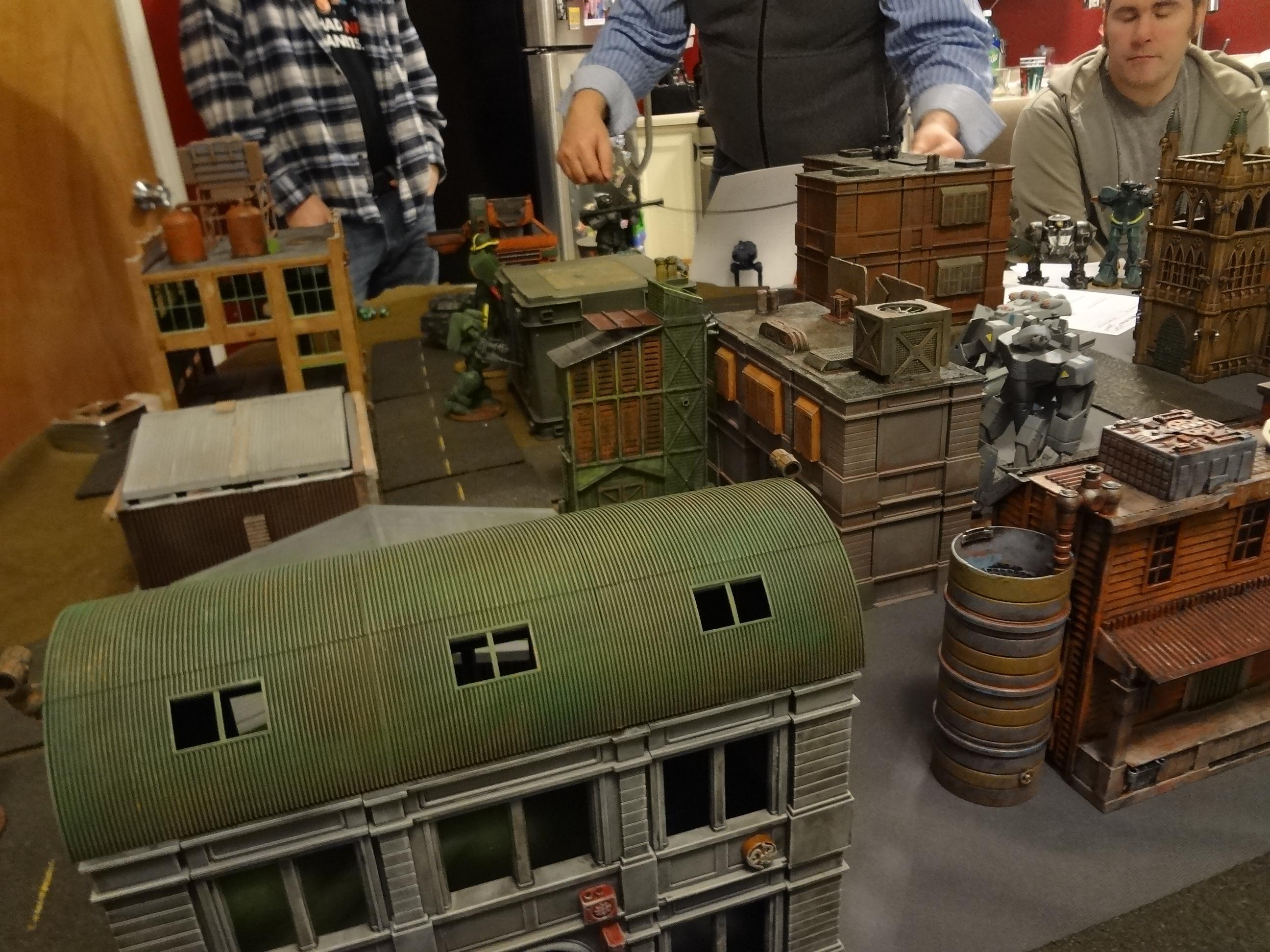 Tim has prepared five new Zaku mechs for the Green Attackers. These guys are massive! 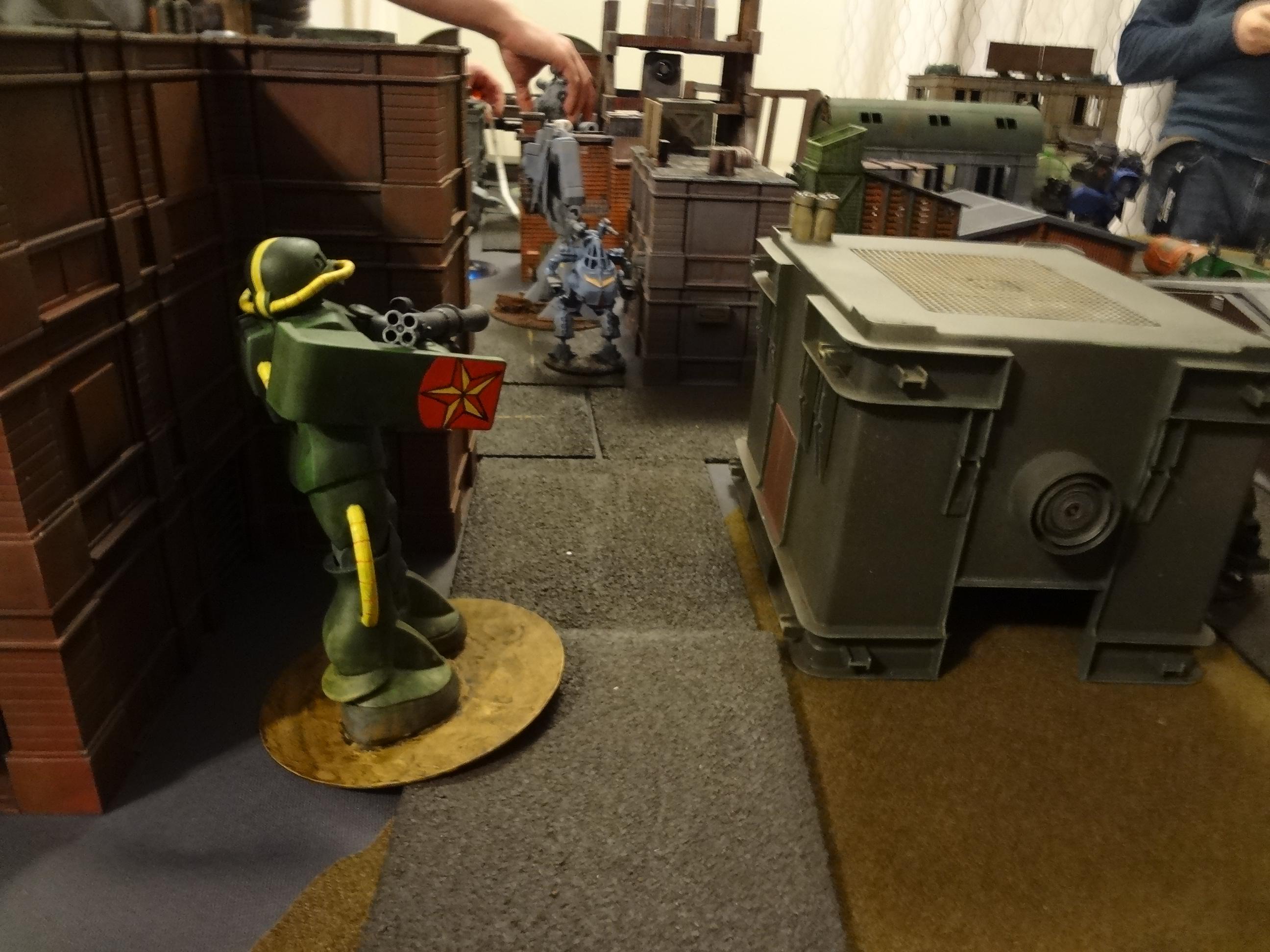 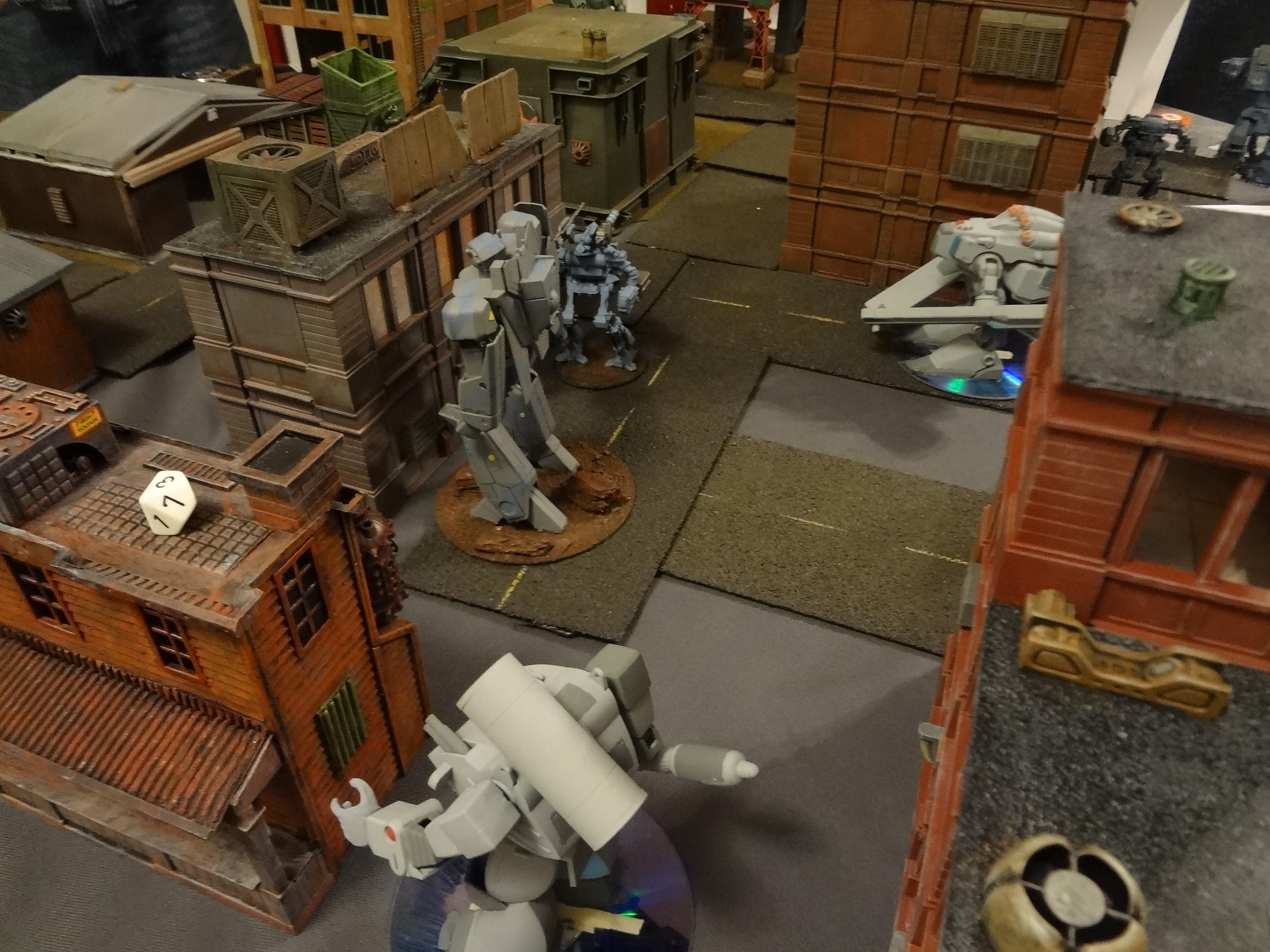 You can identify them easily in the pictures because they haven't received a wash yet and their bases are bare.

Lastly, here's the diecast Mechwarrior Legionnaire. It was a favorite from last year. I've got another one of these that I might base up. The stock paint job is nice enough that you just have to base it up and maybe dirty the feet a bit. 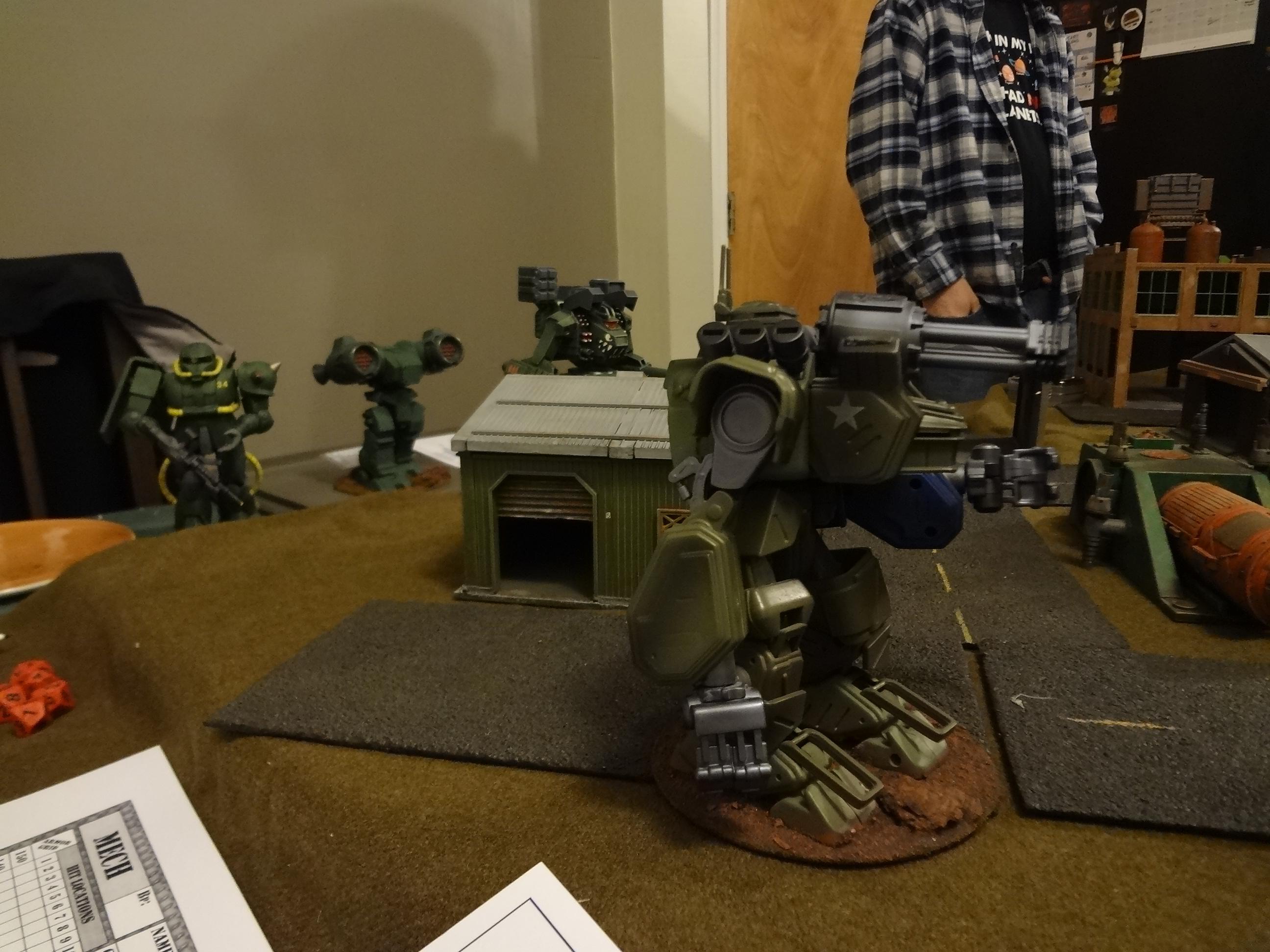 And that's all for now. The countdown to Adepticon is on! Remember: We'd love to have you join us there for the game or just stop by and say hello