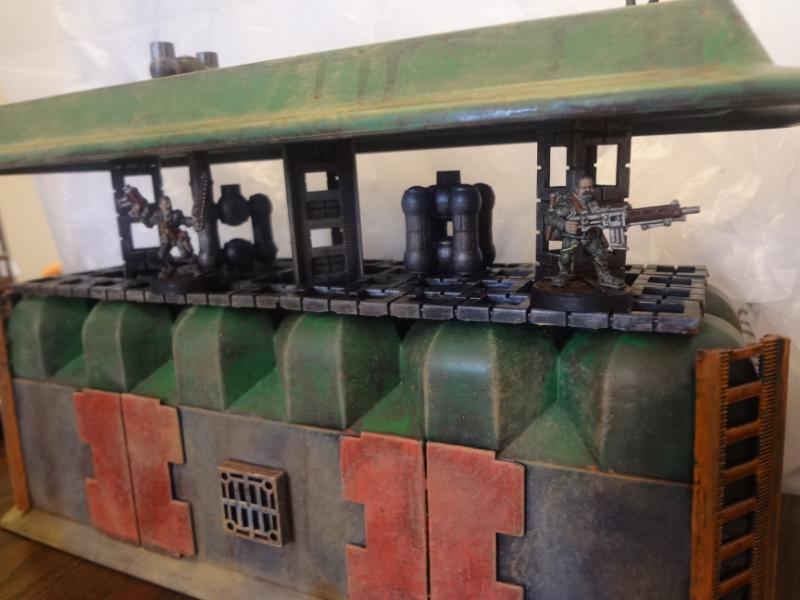 I'm back with two more pieces of sci-fi terrain made from old toys and cast-off junk. These started life as a "Creepy Crawlers" molding station and a vintage refrigerator egg box that Josh gave me.

For the egg box, I flipped it over and used the lid as the roof. I used a bunch of Rokenbok pieces both as supports and as flat sections for the floors. 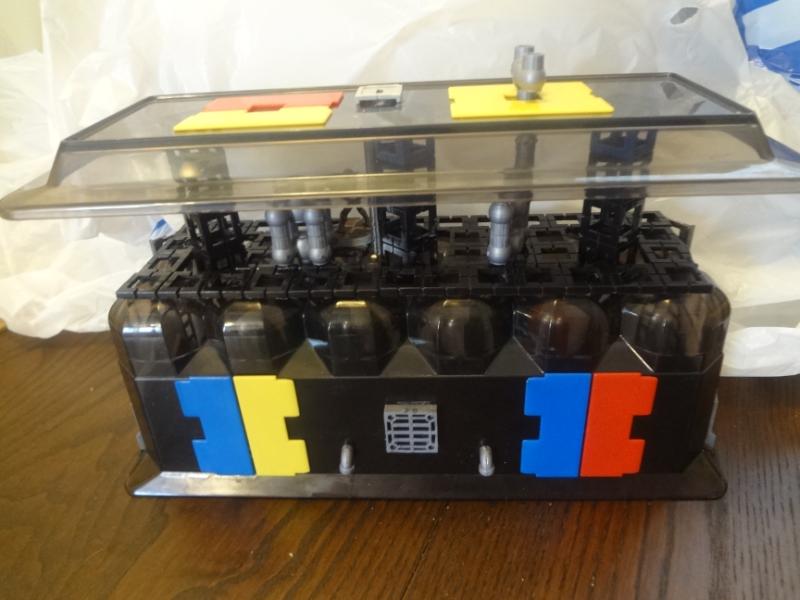 I added some plastic slabs on the sides and roof, plus a few bits from the Pegasus Chemical Plant kit. This kit has become hard to find in the USA and I highly recommend buying it if you can find it. I use pieces from the kit on almost every terrain piece I make. 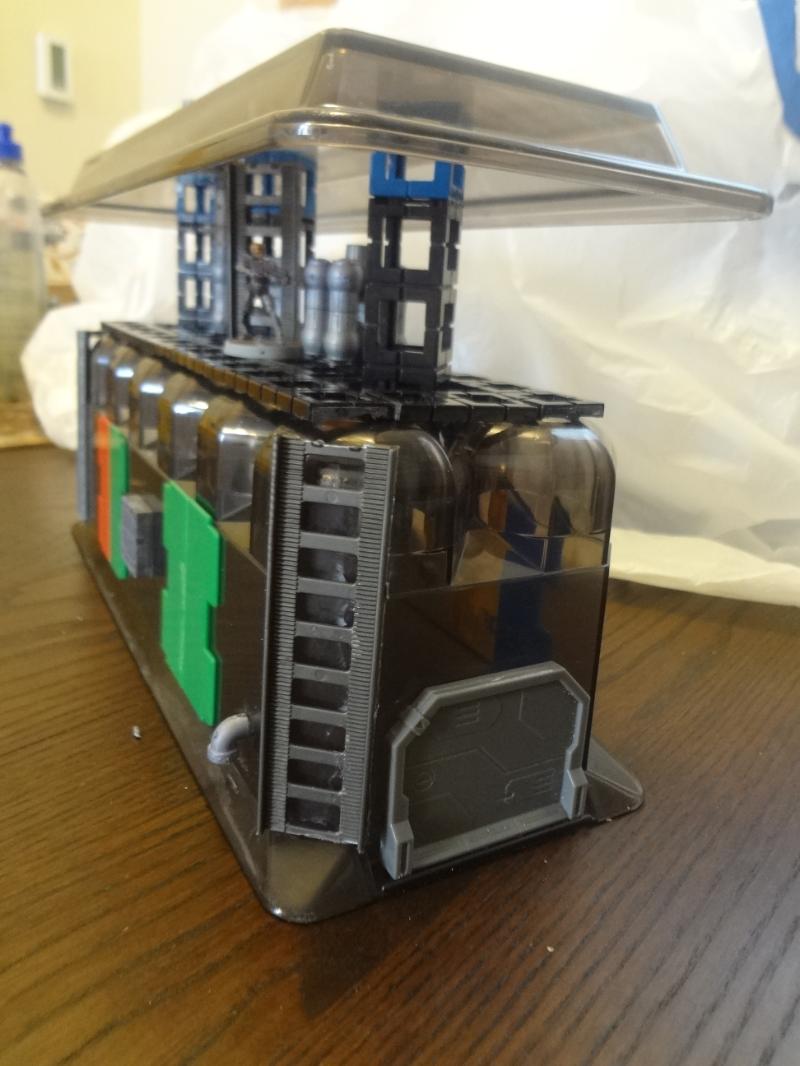 The end pieces are plastic doors are upgrade pieces from the Sedition Wars game. The ladders are cut from pieces of toy Power City train track. 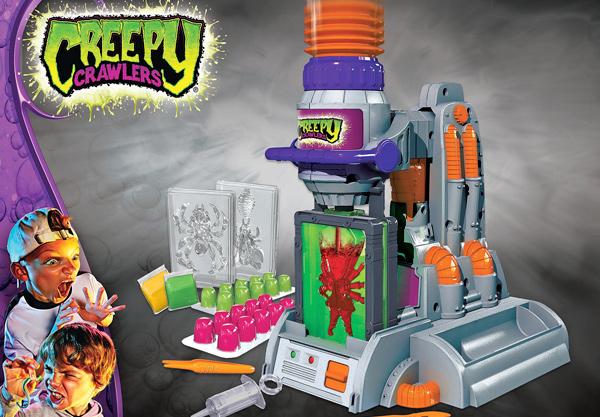 I separated the toy from its base to shrink the footprint a bit, then rebuilt it into a sort of forge. 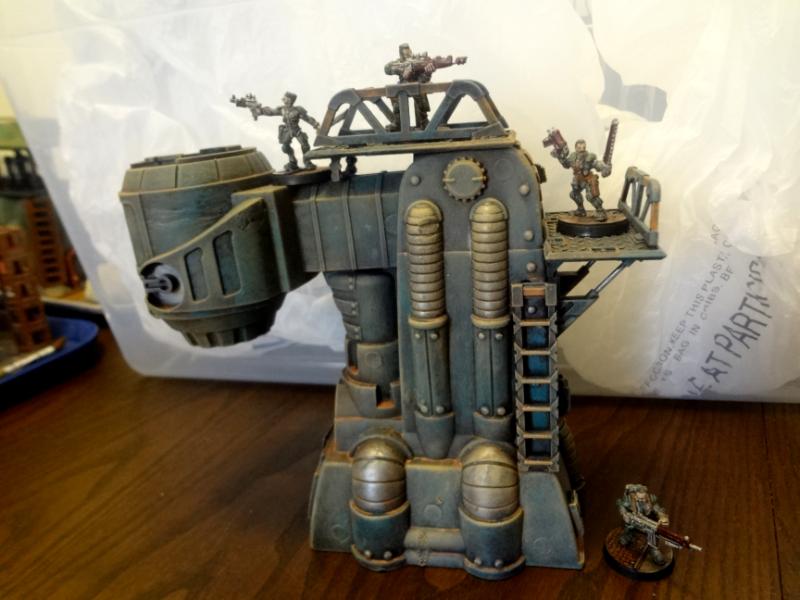 I covered up many of the screw holes with either plaster or round bits of plastic punched from blister pack plastic with a standard paper hole punch. 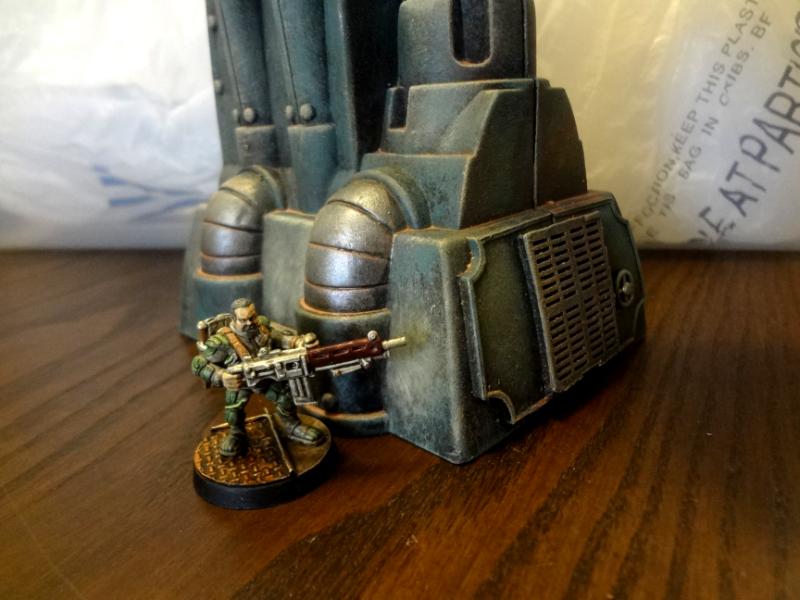 Except for a small grate and a few other pieces, almost all the added bits are from Mantic Battlezone accessory sprues. This thing just screams Necromunda to me. Though it's finished, I feel that I need to build some kind of gondola or reservoir to hold whatever it dumps out of its bucket.

The egg box building doesn't have quite the same Necromunda look, but it's a nice piece that is perhaps a bit more futuristic. It looks to me like some sort of chemical storage facility. 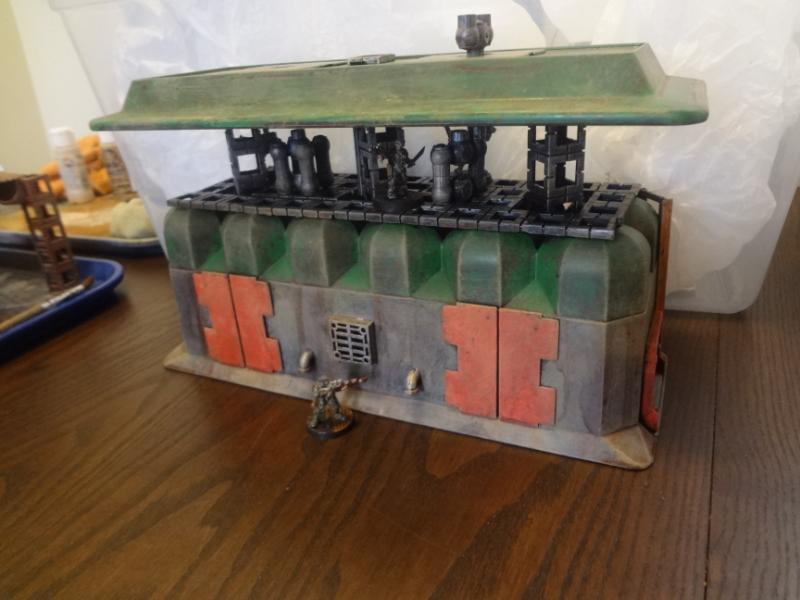 The simple orange, green and gray scheme has some nice contrasts. 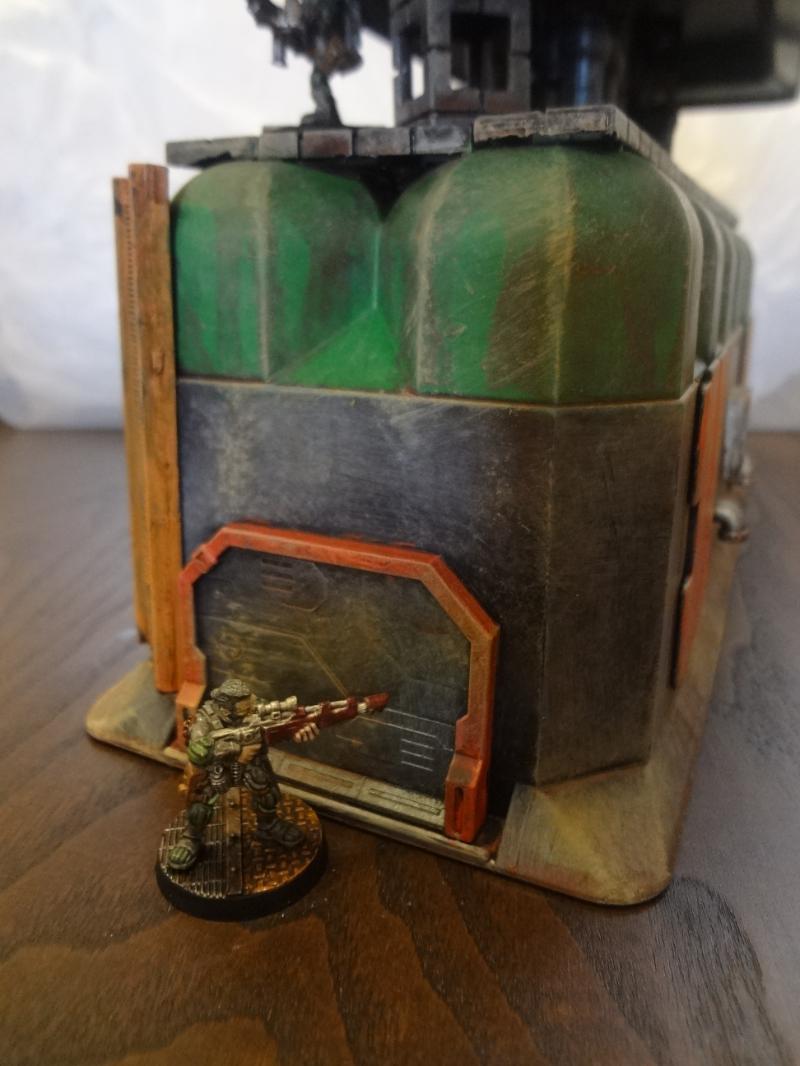 I really like these Sedition Wars doorway bits, though I wish I'd chosen a color other than aluminum, which looks an awful lot like the grey walls after a couple washes and a dusty tan drybrush. 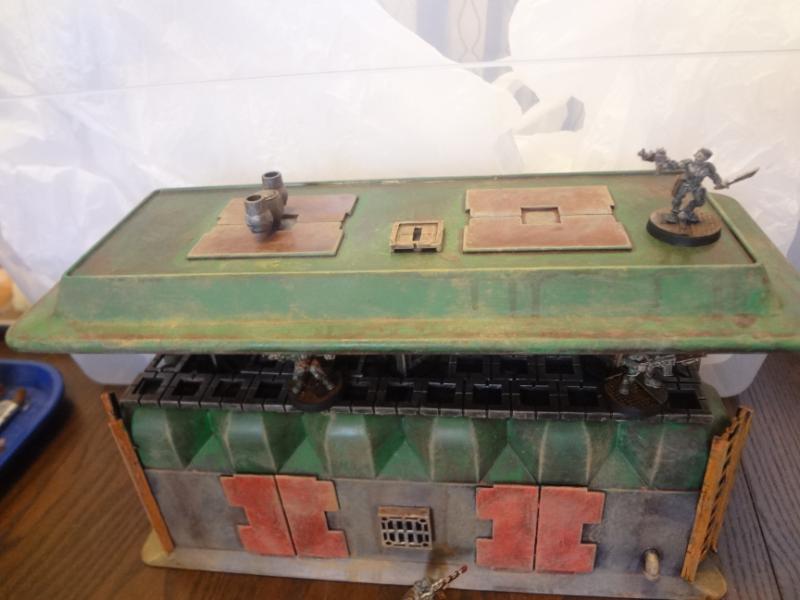 The bit in the middle is a hatch that lines up with a ladder from the 2nd level. The roof looks good enough, but perhaps I should have done something to split up the one-piece look of the lid.

Overall, the egg box building has a very unique look that sets it apart from the rest of my collection. I particularly like the way miniatures can be on a second level elevation and still have overhead cover. Now that I'm occasionally playing Necromunda, I'm thinking a lot more about multilevel terrain and cover. Both of these pieces are well in that vein.

3 responses to “More Toybashing: Creepy Crawlers and an Egg Box”