Kevin and I met up last week to play the "Swordfight" scenario from Hour 11's book of Song of Blades and Heroes scenarios as part of our ongoing campaign. 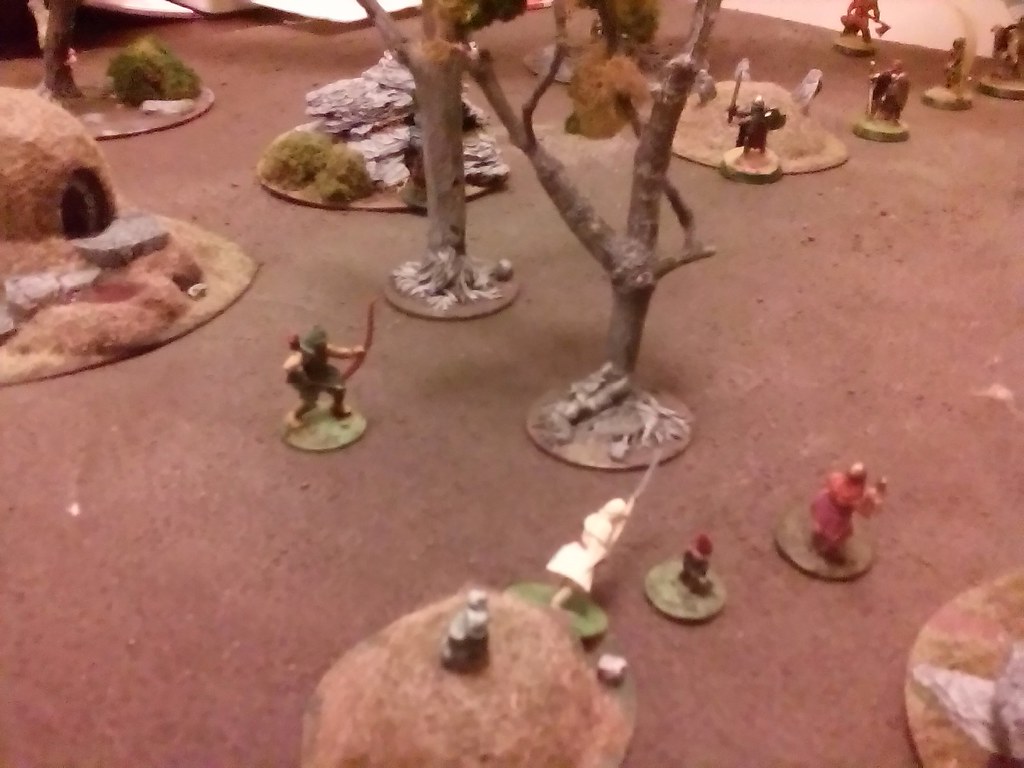 Our
warbands met while exploring some long-forgotten ruins and barrows now
overgrown by forest.  The photos here are from early in the game, as our
warriors race to explore six burial mounds.

Each warband suffered a
few turnovers early in the game, but later got to encounter the mounds -- and each other. Over the course of the game, about 25 spirits of this
fallen chaotic community were awoken, attacking the explorers and
generally detaining them with grasping claws. 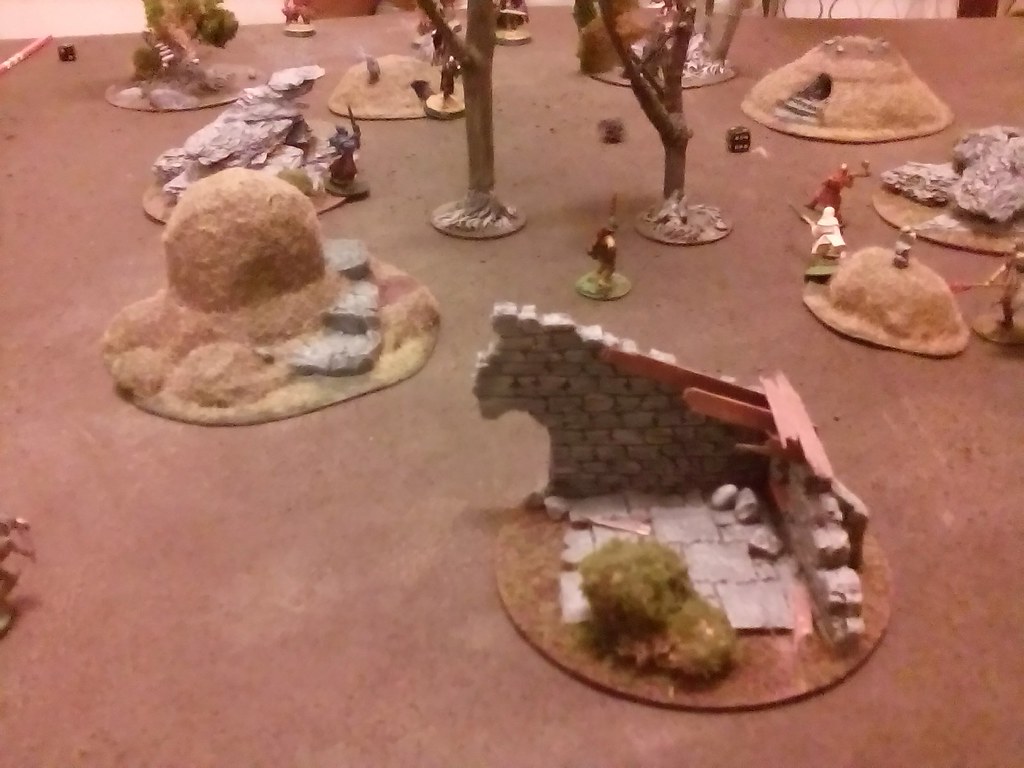 Eventually, my elven
priest of autumn was able to avoid the dead things to get away with a
magical artifact. 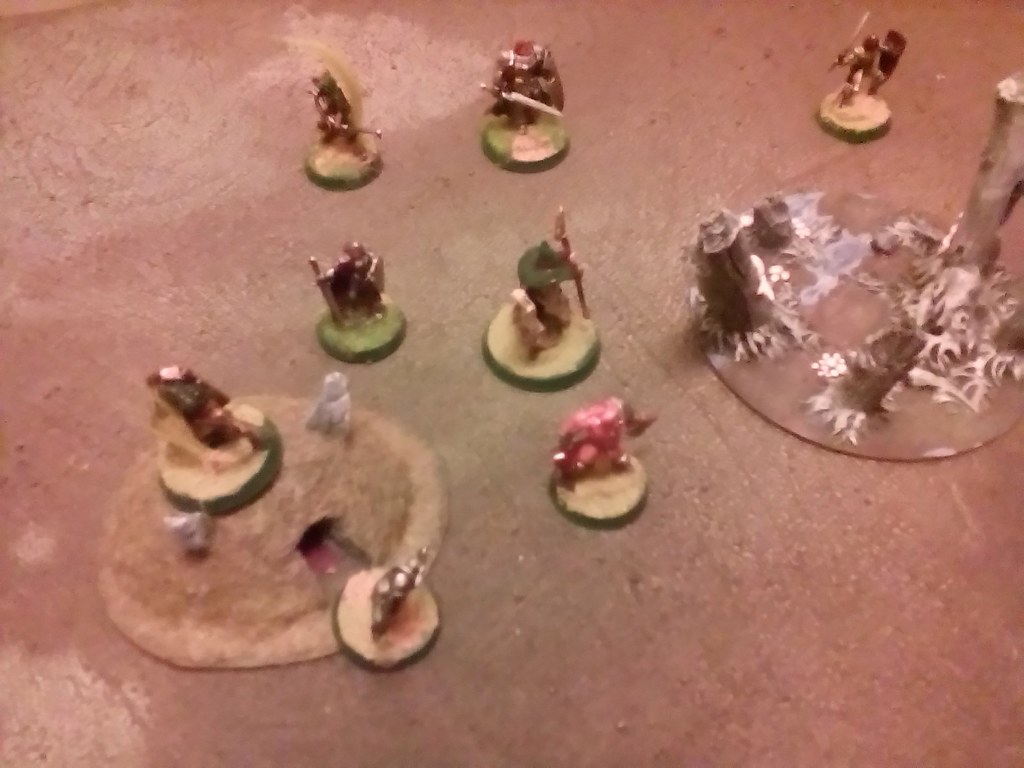 Rolling
on Mattias's Arcane and Deadly Objects table, I found my artifact to be a
Twisted Circlet -- a chaotic crown that may inspire or ruin one member of
my warband. After the escaping the undead, Kevin's warband found a keg
of ale mysteriously preserved in the ruins. My warband then encountered
another spirit, this one of a hero who fought against the disturbed
chaotic entities when they were all alive. As an atonement for enraging
the otherwise contained chaos, my warband pledged to take on a mission
on behalf of the fallen hero.