While the Blog was on hiatus I added a few Necromunda gangs to my collection.

They were posted up at various blogs, but now that the CSW blog is back, over the next couple weeks I'll be putting them up here as well.

First up is the Cawdor.  As some of you may remember the concept behind this project was to have a Necromunda collection with gangs painted by each of my gaming buddies. I did the conversions and basing but aside from a few minor requests I left all the painting choices to my friends. So far we've seen:

-Van Saar by Me 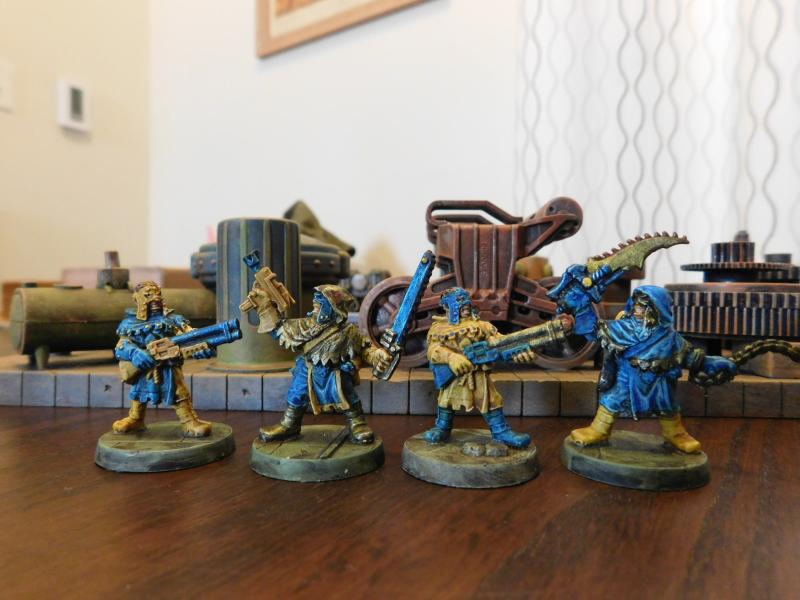 Tim painted these up for me in exchange for me painting up a box full of Dungeon decor. Before we get to the painted figs let's take a look at the conversions..

Pic 1
Juve with Long knife/Sword and Autopistol, Autoslugger from Heavy Stubber, and CC ganger from leader

Pic 2
Flamer from autogun, Back side of CC ganger, Hunting rifle from lasrifle

The remaining 13 figures are here. They're all stock minis.

They are all based on Champ Industries Urban plastic bases, some of which have been slightly modified: trimming a bit here, scratching a new crack there, etc...

Here's what Tim came up with for me.  He has a style that uses alot of bright colors and he definitely brought that to these guys. Metallic yellows and blues abound and it's a really fun look. Looking closer... 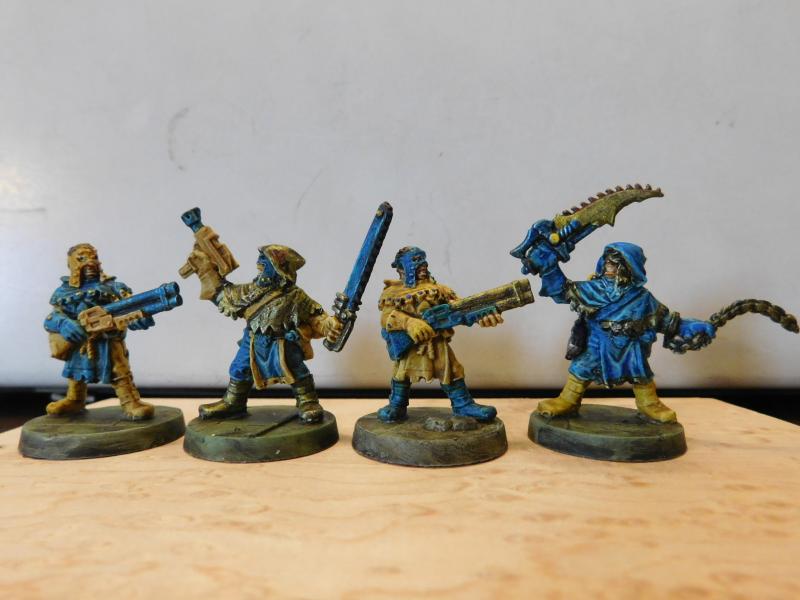 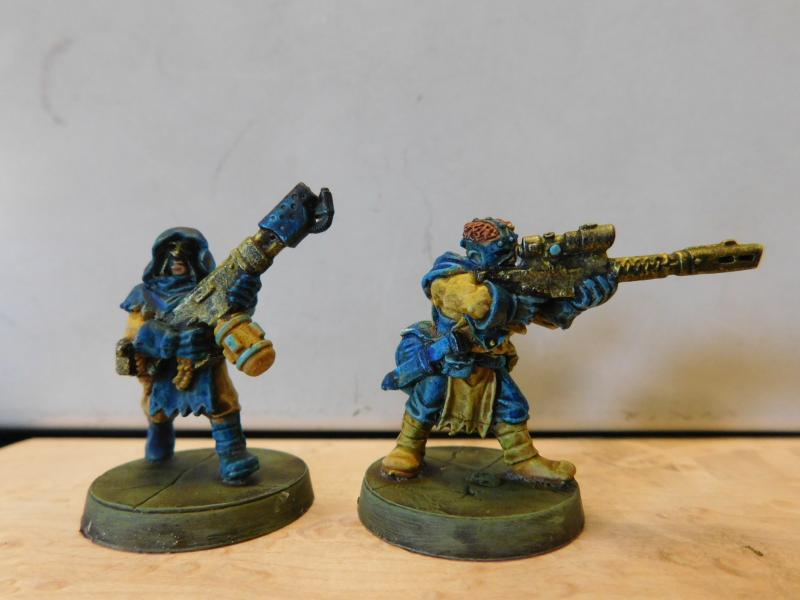 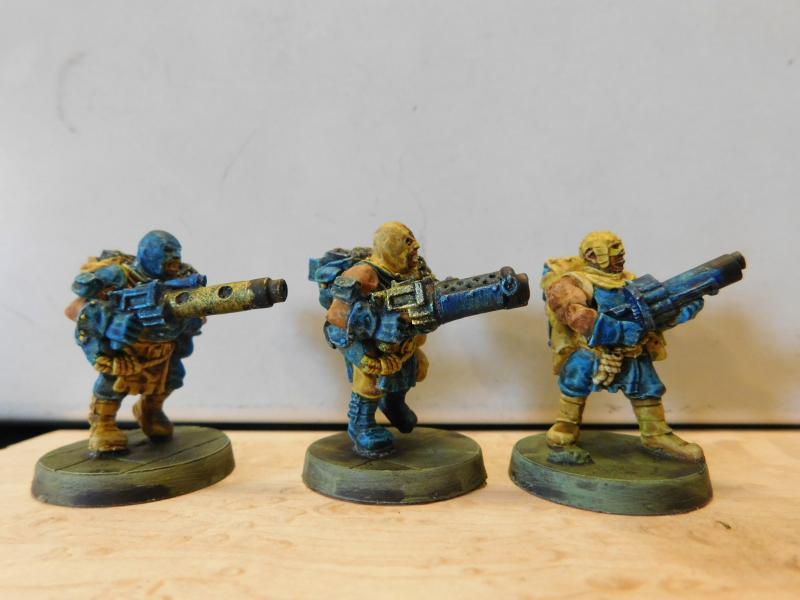 3 Heavies. As seen earlier the middle figure has a new barrel. Allows it to be differentiated and used as an autoslugger in the NCE version of Necromunda. I might use the guy on the right as a leader. 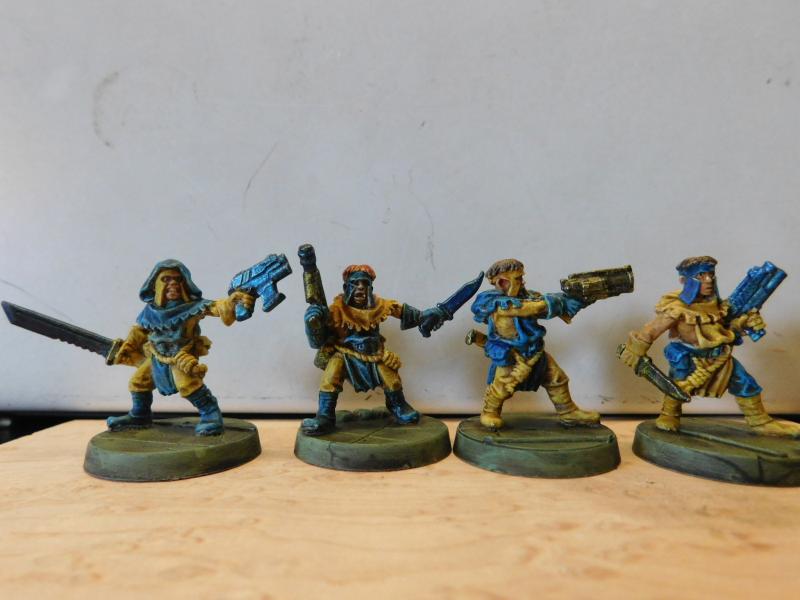 Juves. Guy on right is the one converted with sword and a RT Ork bolter clip added to his pistol. Given the dearth of CC guys in the Cawdor range, he may serve as a ganger also. 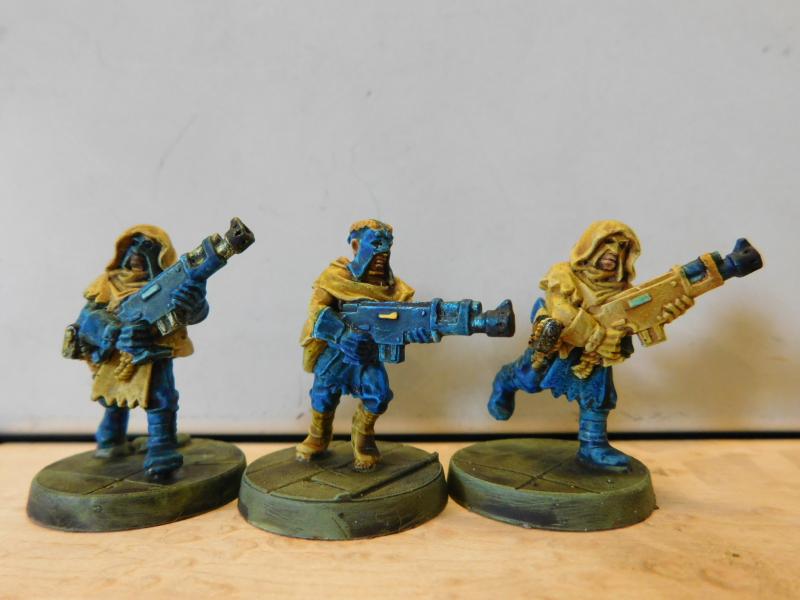 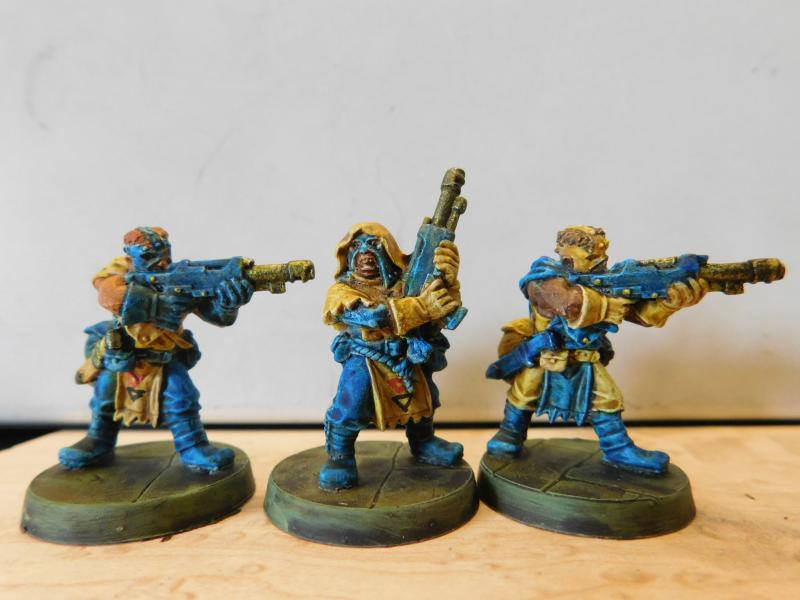 How about a group shot? 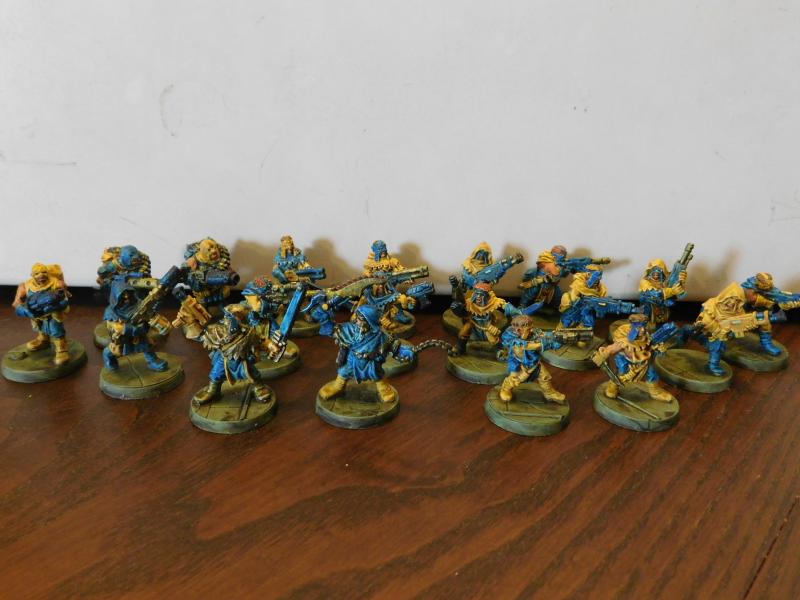 And there you have it, one more gang for the collection! I like the look of these guys. I think they may also have use as cultists in games of "In The Emperor's Name".