I finally finished of these doughty fellows: 30 Infantry for my Konflikt '47 British forces. They are Warlord Games figures, 20 plastic British Infantry and 10 metal British Expeditionary Force (BEF) figures, with West Wind brand gas masks. All are based on Champ Industries plastic "Urban" series bases with additional ballast. If you're interested in the process for these figs check out the posts on unboxing, assembly and in-progress painting.

First off the BEF figures: 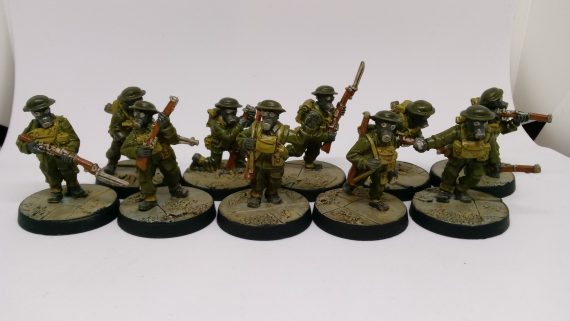 Here is a nice set of figures with extra packs and gear. 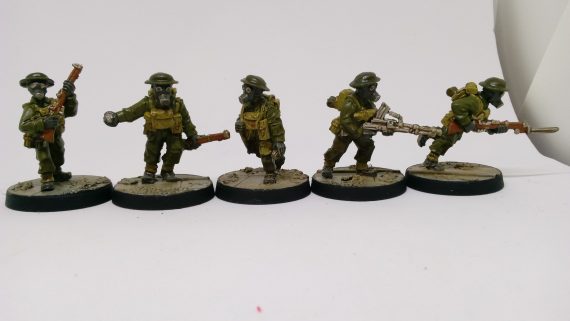 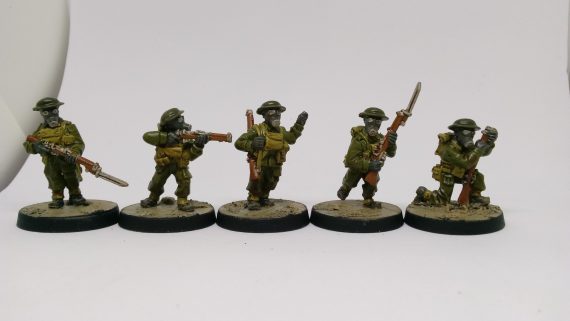 These are the standard plastic Bolt Action British: 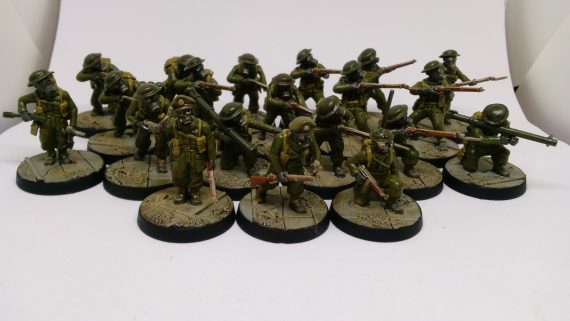 These are the Officers. They have Pig Iron "Kolony" officer caps. The Forward Observer with 2nd Edition plastic Warzone "Imperial" gunner head. 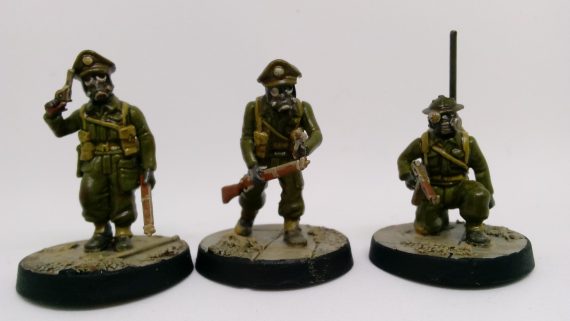 I made two Bazooka teams. The kit came with PIAT's but Bazooka's are more effective and look much cooler. One Bazooka is a Reaper metal piece and one is a Bolt Action American plastic bit courtesy of Josh. 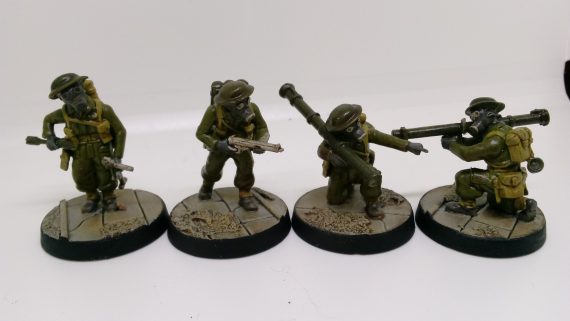 Here is the rest of the poor bloody infantry. 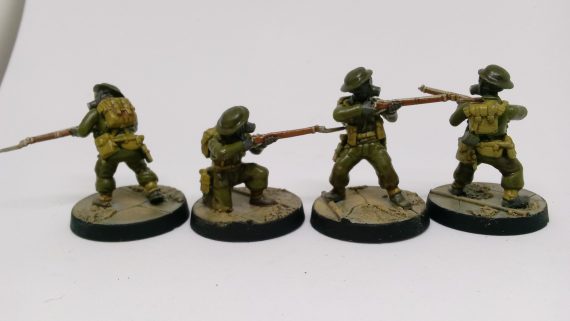 Not bad for a batch of quick-painted limeys! My matte varnish seems to be going bad as this is the second batch of figs that came out satiny and wouldn't flatten out. I may go back and re-varnish them when I get some new matte varnish, but I probably won't bother.

Here's a couple of upper angle shots to show off the bases. 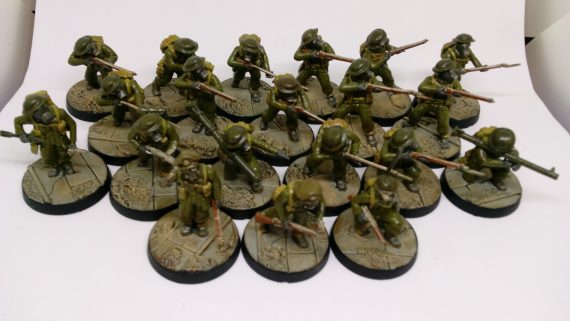 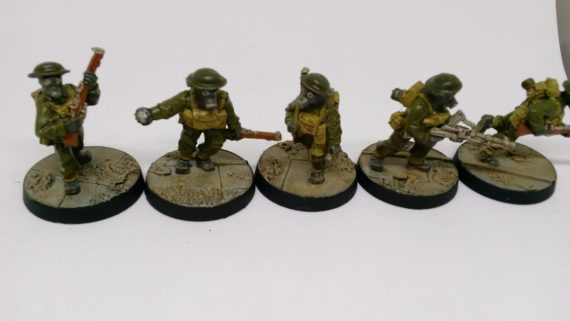 I like the way these miniatures look and the gas masks have just the effect I was hoping for. The masks add a bit of menace and "otherness" such that these troopers could serve as standard loyal WWW2 British, or perhaps some traitorous 5th Column Facists. In a pinch they could even work as post-apoc or sci-fi trooopers. Right now though I'm just want to get them on the table for a game of K'47.