I finally got around to posting pictures of the objective spaceships from our Adepticon Mech Attack Game. For a few in-progress pics, see my earlier post on Spacecraft Construction.

The starting point for the first one was a Star Wars "Deluxe Republic Attack Shuttle". The example I acquired was missing the wings (along with a lot of other panels) but that's just fine for me as I wanted to make it look less Clone-Wars-ey. I'm calling it the Smugglers Cargo Lifter as it has a good sized cargo bay but clearly is a bit more armed than your average civilian ship. 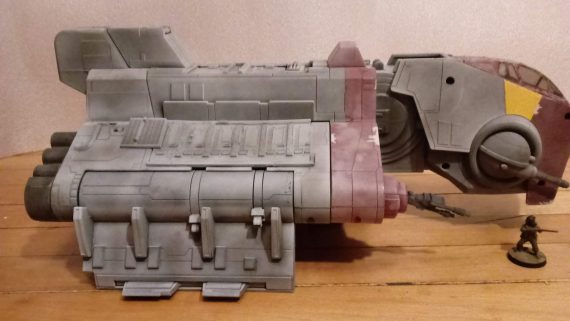 As laid out previously, I've turned the dual action figure cockpit into a single 30mm scale cockpit. Still haven't decided whether to add a pilot or not though. 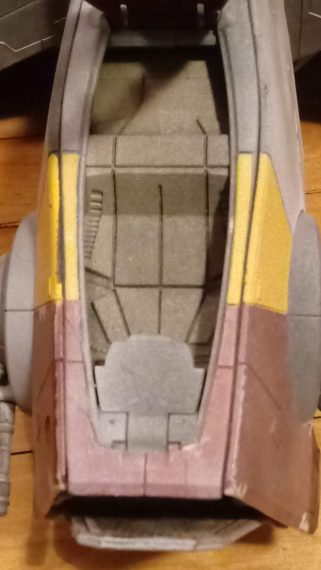 The opening mechanism over the cargo area still works so there's lots of chances for RPG/Skirmish action. 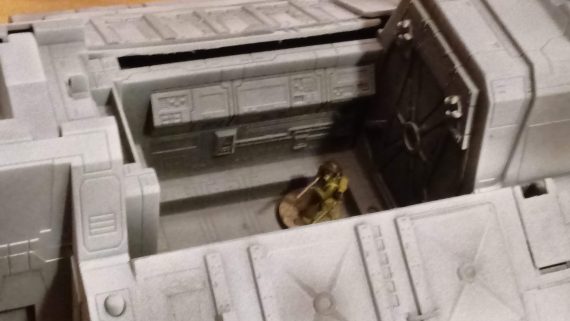 Also cut out any remaining walls separating the front entry ramp from the cargo area. 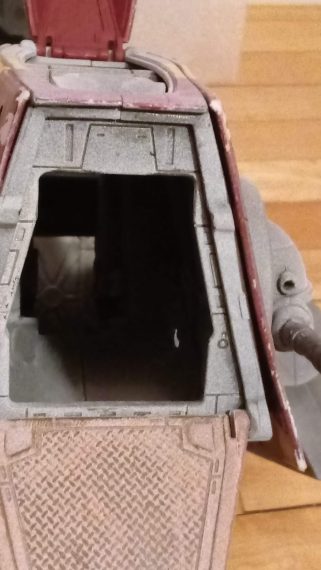 Alot of paneling was missing and had to be replaced. Most of the parts came from a broken Millennium Falcon toy that I purchased some years back. 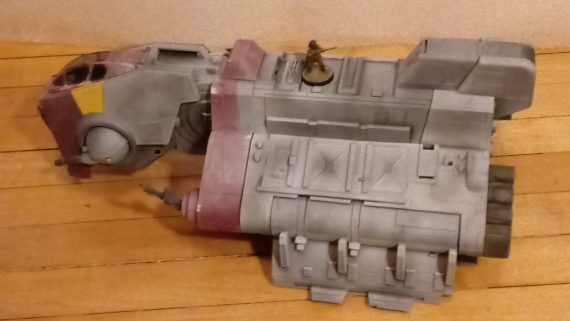 I managed to save the blue paint inside the engines. As the only remaining gloss paint on the entire thing they almost seem to glow. 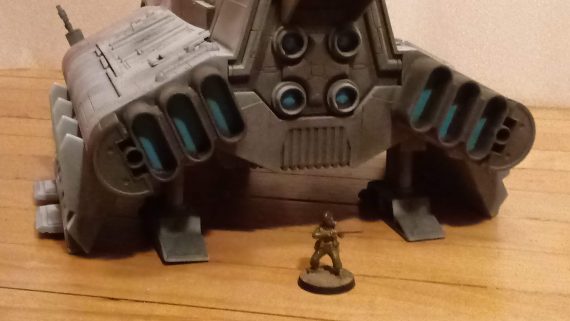 It's big, but I don't think unrealistically so. On the contrary, it might be pretty close to true-to-scale 28mm for the original vehicle. Certainly it better suits 28mm than the action figures it was made for. 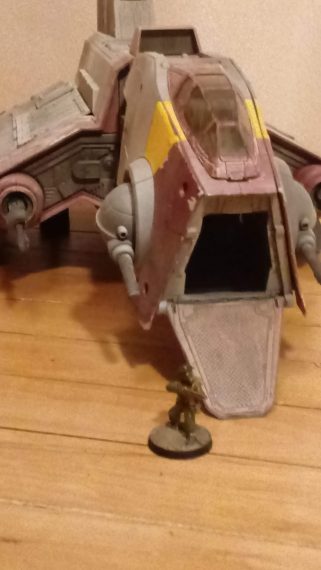 Though it hasn't totally shed it's Star Wars heritage, I'm happy with the way this one turned out. I think it could fit into many settings such as 40k, or infinity and of course Star Wars Legion.

One down, stay tuned for 3 more!