Tim and I got together on Thursday to try out ToBH. 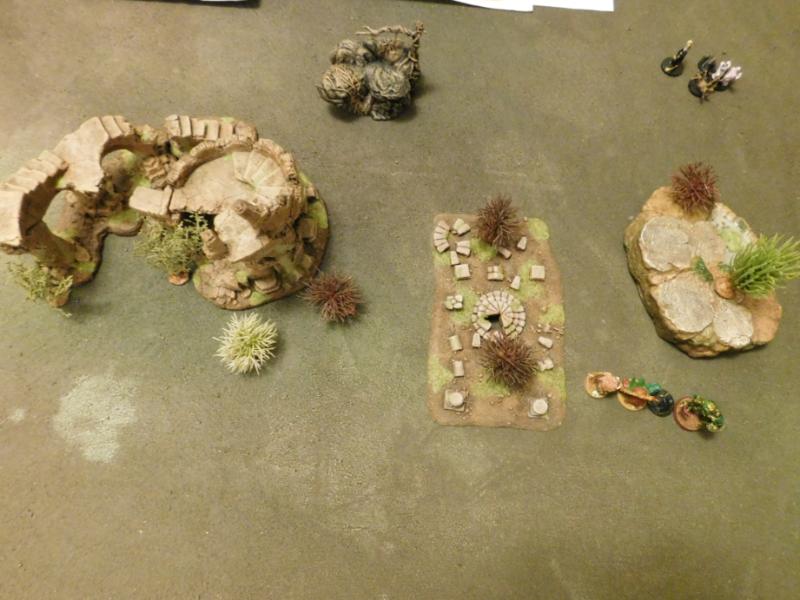 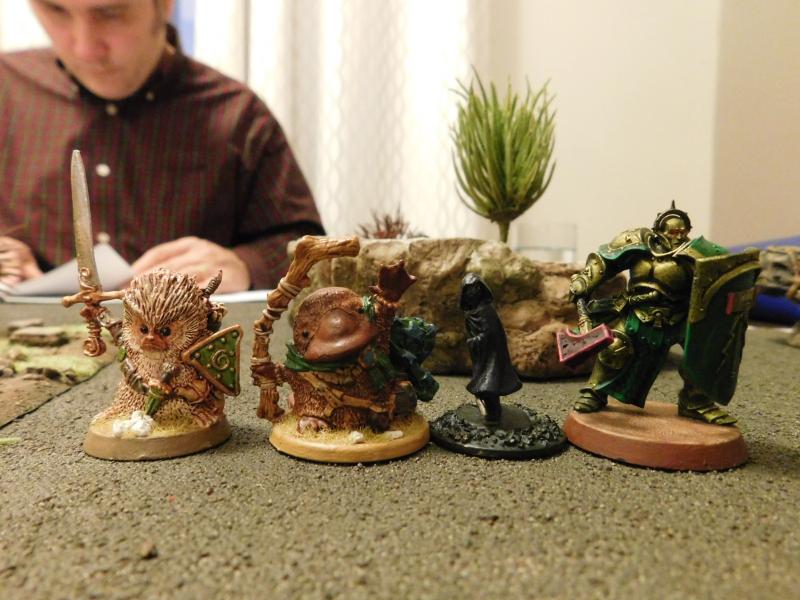 The Heroes advanced on the ruins 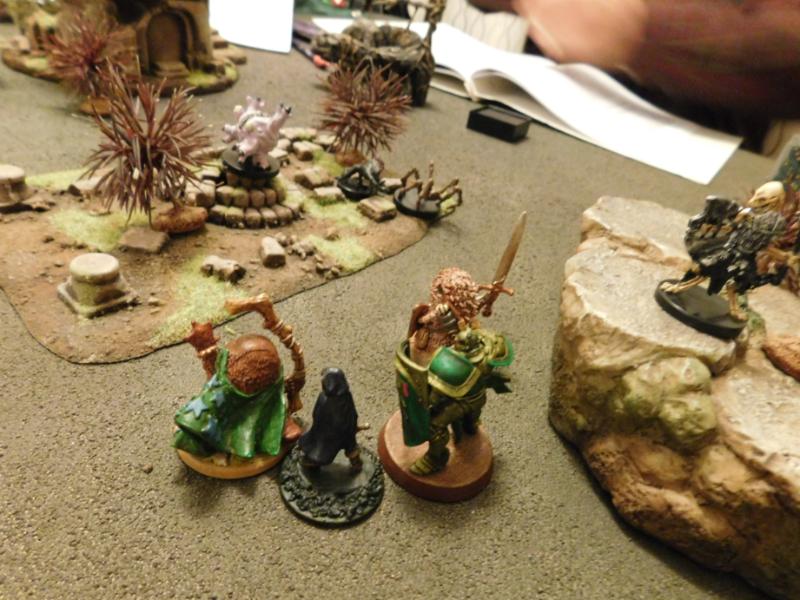 Where the Pink Horror, Spider and Lizard were waiting. 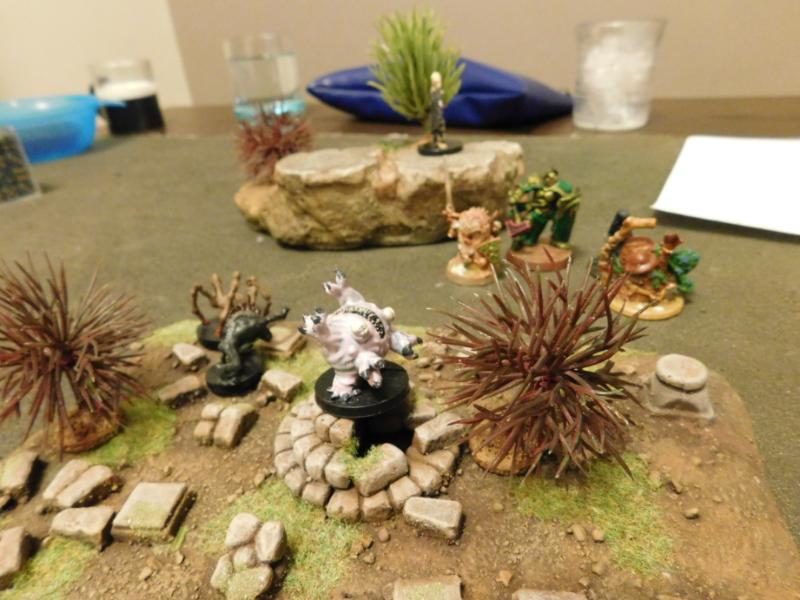 Echidnox and the Rogue attacked the advancing spider and quickly defeated it. 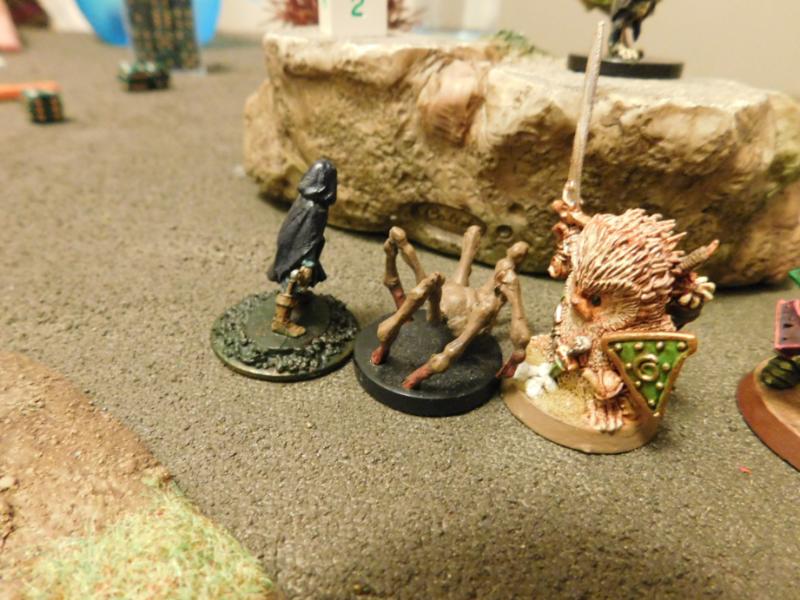 After a few rounds of combat the Pink Horror and Lizard were defeated. 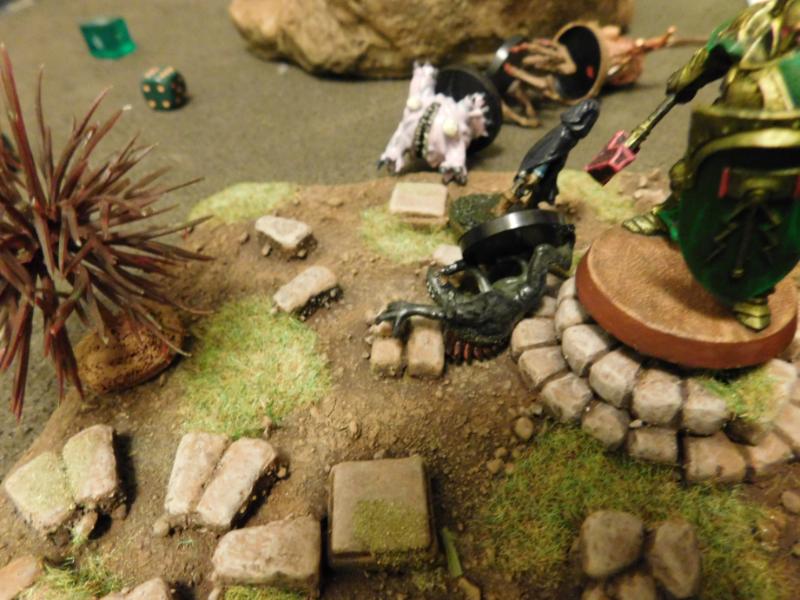 Unfortunately while this was happening, Echidnox was felled by an undead warrior who appeared over the ridge and threw an axe into the furry adventurer 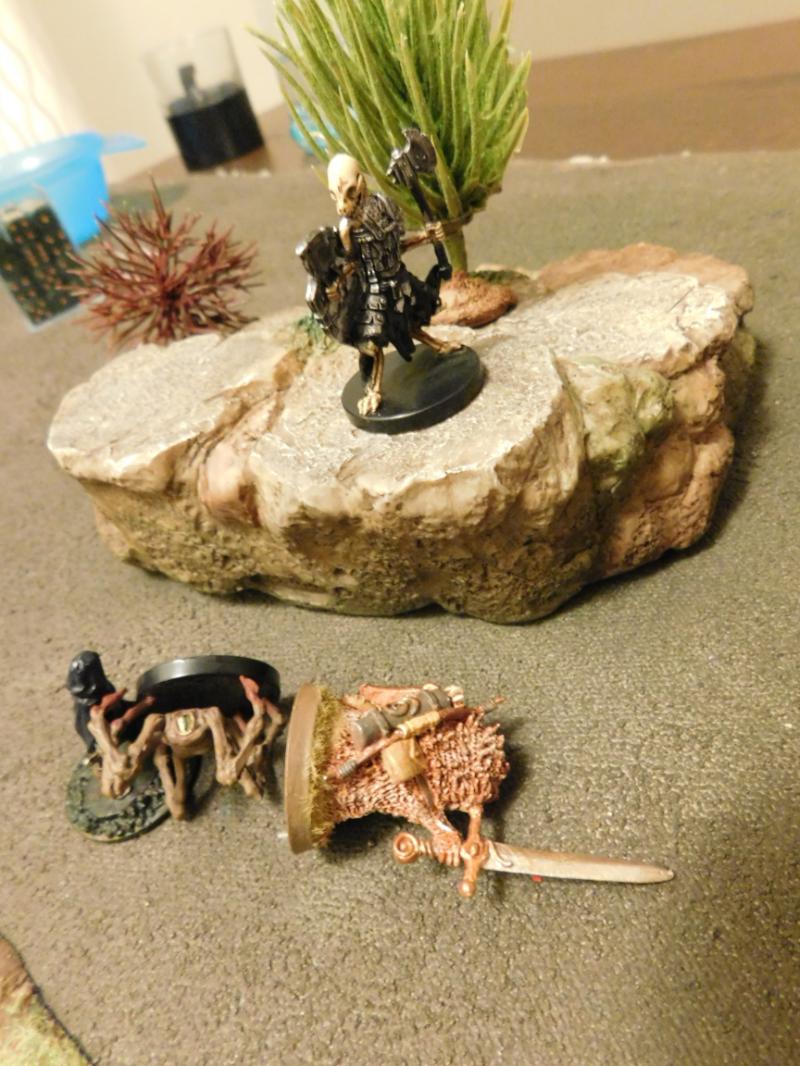 By the time our heroes turned back from their mele the fearsome warrior had also felled the young Platypus. 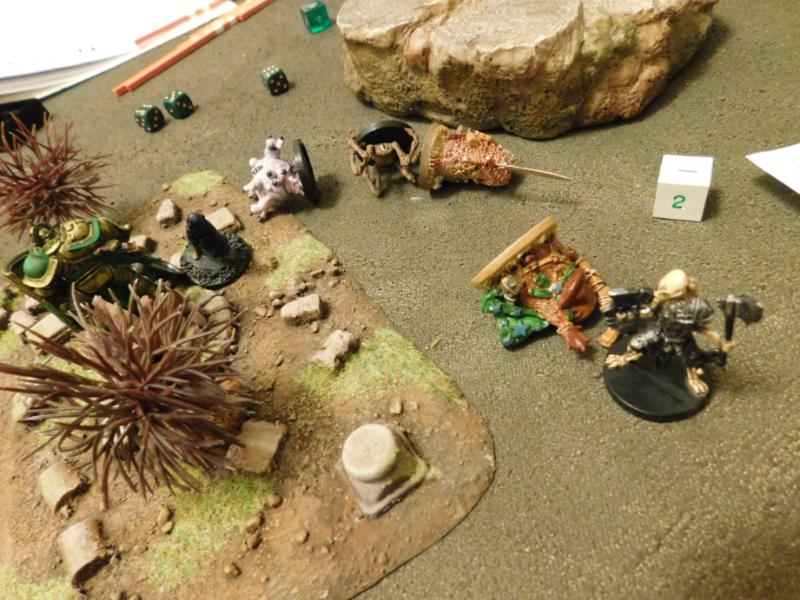 The rogue and Knight defeated the undead monster, but having lost half their party it was a hollow victory. 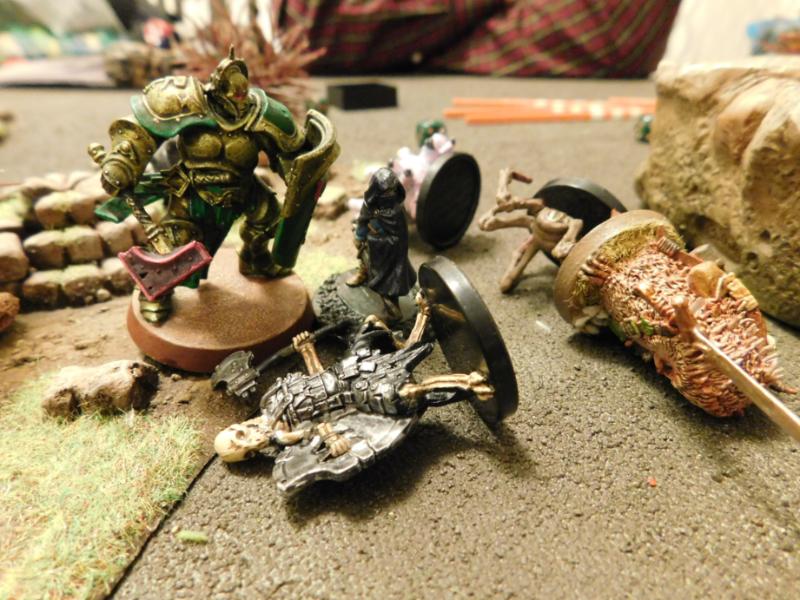 Thoughts on the game.
As you all know, this is an expanded verison of SBH. I haven't read it over, but we had chances to use the new in-game injury tables, magic system and combat system that uses differing levels of weapon proficiency instead of a basic "C" score. I really enjoyed it. I think it'd be the perfect system for 2-4 players, each running 2 party members in a cooperative game run by a GM. It could probably even accommodate more players though you might want to go down to 1 member per player.

If you all are still interested in such a game for our summer campaign ( viewtopic.php?f=2&t=113) I'd definitely put my vote in for this one.

Also, this was one of my first chances to try out my new camera, the Nikon Coolpix L840. A very solid camera for less than $200 that makes it shockingly easy to take good pictures and has an impressively long 38x optical zoom.
-Karl
Top
Post Reply
1 post • Page 1 of 1